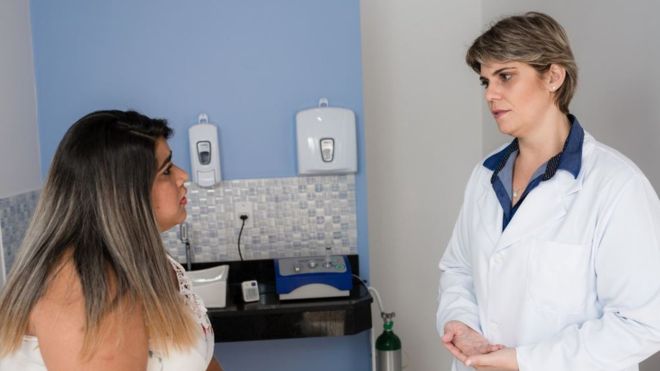 Obesity will kill more women than smoking in 25 years

Obesity is set to overtake smoking as the biggest preventable cause of cancer in women.

Cancer Research UK projections calculate that in 25 years, excess weight will cause more cancers than smoking in the female population.

The charity says the Scottish government must take bold action.

In response, the Scottish government has said it is taking action to tackle the obesity problem.

Leading cause of cancer

Cancer Research UK’s report focuses on data from across the UK, but prevention experts say the results are expected to be the same in Scotland.

It says, if trends continue, by 2043 excess weight will overtake smoking as the leading cause of cancer in women.

The report says the harmful junk food offer ban has the backing of two thirds (62%) of Scotland’s public.

Cancer Research UK is also launching a campaign to raise awareness of the link between obesity and cancer.

Being overweight or obese is linked to around 2,200 (7%) cases of cancer a year in Scotland.

Overall in Scotland, obesity rates in adults are around a fifth (19%) higher now than in the early 2000s. However, smoking rates among adults have dropped by a quarter (26%) over the same period of time.

Pointing to the fact that being overweight or obese as an adult increases the risk of 13 different types of cancer, including breast, bowel and kidney, Cancer Research UK prevention expert Professor Linda Bauld said new laws were needed to make food shopping a healthier experience for families.

Prof Bauld, who is based at the University of Stirling, explained: “While the results of this study focus on the UK picture, unfortunately the forecast is expected to be similar for women in Scotland.

“It’s positive the Scottish government has signalled its intention take action on obesity and will consult on plans to restrict an array of supermarket price promotions.

“Junk food multibuy offers encourage us to bulk buy and eat large quantities of unhealthy food, the consequences of which have become all too obvious in the nation’s growing waistlines.

“The public wants action and the introduction of laws to curb bargain buys for food and drink high in fat and sugar would be an effective way of helping people make healthier choices.

“The Scottish government can and must take action – it has a duty of care to protect future generations from the health problems we’re seeing because people are carrying too much weight.”

He said: “Cancer Research UK’s support for our plans is very welcome as we know that as a nation, we consume too much food and drink with little to no beneficial nutritional value to our diet and contain considerate calories or salt. As this study shows, that has serious implications for the nation’s health.

“This autumn we will consult on world-leading measures to restrict promotions of junk food where they are sold, such as multi-buys, which encourage over-consumption. Consumer spending on price promotions in the UK is the highest in Europe, so it is right we take action.”

Obesity has a greater effect on women, even though more males than females are overweight or obese. This is because some of the most common obesity-related cancers- such as breast and womb cancers – predominantly affect women.

However, only around three in ten people in Scotland are aware of the link between obesity and cancer.

Cancer Research UK is running a month-long awareness campaign in Scotland and across the UK to highlight the risk.