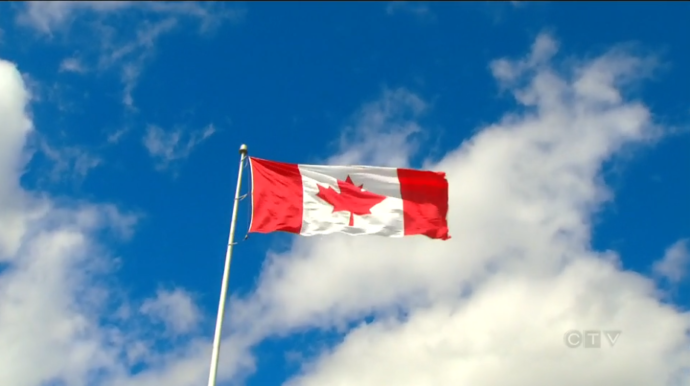 Maple syrup fills our pantries. The leaf dons our flag and clothing. And soon it could be part our… skin-care regime?

U.S. researchers are calling it a “plant-based Botox”: compounds found in maple leaves that might be a key ingredient in the next trendy anti-wrinkle cream.

“We believe it could have cosmetic applications,” said University of Rhode Island researcher Navindra Seeram, who is studying the compounds called glucitol-core-containing gallotannins. GCGs appear to be able to interfere with elastase, the enzyme that breaks down the protein that gives skin its youthful elasticity.

“It was absolutely amazing,” said Hang Ma, a research associate with the University of Rhode Island. “We see it from plant extract and into different bio-acids, and finally see (that) it has (an) effect on the skin cells. So that’s very exciting.”

The research has so far only been completed in labs and not on actual human skin, but the results are intriguing enough that they have caught the attention of the maple syrup industry.

Researchers say they have developed a proprietary patent-pending formulation containing GCGs from summer and fall maple leaves and maple sap, which has been licensed to an Indiana-based botanical extracts supplier.

Nathalie Langlois, from the Federation of Maple Syrup Producers of Quebec, called the research “very promising.”

“If the maple leaf extract can indeed reduce wrinkles in humans then this could represent the potential development of value added products from the maple industry,” she said.

Dave Chapeskie from the International Maple Syrup Institute agreed that the research, while preliminary, could be good news for the industry, which is concentrated in Quebec, Ontario and the northeast of the United States.

“Many aging baby boomers are looking for natural products to maintain a youthful and healthy appearance,” he said. “Maple leaves, just like the maple forests from which maple syrup is derived, are both natural and sustainable,” he added.

Seeram, who presented his findings Monday at the national meeting of the American Chemical Society, says he was inspired to study the makeup of maple leaves after learning that Indigenous healers have used them in medicine for centuries.

“We always hear there are exotic plants in the Amazon, (the) Mediterranean or India,” he said. “Well, I have news for you. There is an exotic plants in North America, and it’s the maple.”
Source: https://www.ctvnews.ca/sci-tech/plant-based-botox-maple-leaf-extract-could-spawn-anti-wrinkle-cream-1.4061099