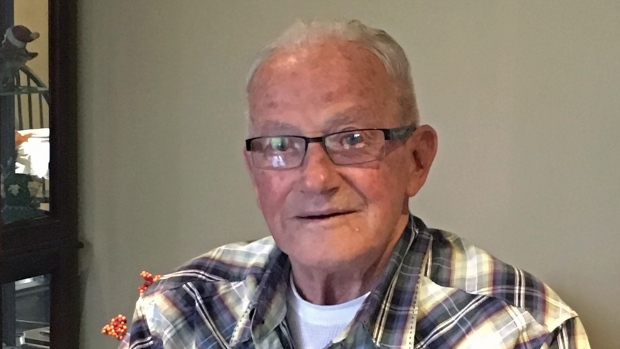 It should have been a relatively uncomplicated surgery — removing a cataract in Alvin Hallett’s right eye. But somehow the surgeon accidentally struck his cornea, rendering him blind in that eye.

“I had no vision whatsoever,” the 82-year-old from Burk’s Falls, Ont., south of North Bay, said of the April 2017 incident. “I couldn’t see to drive. My wife had to do all the driving. I couldn’t see to boat on the lake. I couldn’t plant my little garden. All I could do was ride my riding lawn mower and cut all my grass.”

But a year later, Hallett’s vision was restored with a corneal transplant, thanks to one of the 2,300 deceased Ontarians who each year donate eye tissue to give others the gift of sight.

Of those 2,300 pairs of eyes, tissue from about 1,700 are used for corneal transplants, said Christine Humphreys, director of the Eye Bank of Canada. “And also in addition to the cornea, we have over 600 other ocular surgeries take place.”

How donated eye tissue is removed and stored depends on the needs of recipients, she said.

“We get the whole globes, but we also get just the corneas,” Humphreys said. “We don’t have to take the whole eye.”

The cornea is the transparent layer covering the front of the eye, which lies over the iris and pupil. Donated corneas are stored in a refrigerated chamber, bathed in a medium containing nutrients and antibiotics, and remain viable for transplant for about 10 days.

The sclera, the white part of the eye surrounding the cornea, is used for a number of surgical procedures, including as a graft or patch in glaucoma surgery. Sclera tissue is stored at room temperature in alcohol and also has a relatively short shelf life.

The Eye Bank of Canada, which despite its name serves only Ontario, has been storing eye tissue since 1955, and is now affiliated with the non-profit community-based organization Kensington Health. Other provinces operate their own eye banks.

Humphreys said that like other tissues and organs from deceased donors, the demand for eye tissue lags supply: for instance, the average wait time for a cornea transplant in Ontario is 252 days — or more than eight months.

Of the 12.4 million residents of the province who are eligible to become donors, just over four million have registered to donate their organs and other tissues. And of those, about 400,000 elected not to tick the box for eye tissue, representing the highest exclusion rate of all organs and tissues that can be donated after death.

Humphreys admitted there are barriers to people agreeing to donate their eye tissue, often for religious or cultural reasons, but sometimes because of common misconceptions about eligibility or the process.

“One reason we hear all the time is ‘I don’t see very well,’ ‘I’ve had eye surgery’ or ‘I’m too old’ or ‘I’ve had cancer,”‘ she said. “And the fact is there are very few things that can result in not being a donor,” including having had a form of ocular surgery or cancer.

Some families worry that recovery of a loved one’s eye tissue would delay their funeral, which for religious reasons may need to be scheduled within 24 hours of death.

“But often we can meet that need, make the donation happen more quickly,” Humphreys said.

There can also be psychological barriers for some potential donors and their families, given such beliefs as the eyes being the “windows of the soul.”

“Some families, they have troubles with eyes for some reason,” conceded Humphreys. “Some people think (their loved one) might be disfigured.

“A lot of people don’t know we can recover just the corneas, leave behind the rest of the eye if they want.”

As well, funeral homes can use prosthetics to obscure the fact that eye tissue has been removed.

“Obviously, if you’re looking to having a viewing or an open-casket funeral, the funeral home will work with the family to restore their normal appearance,” she said, noting that there is no cost for the process to bank eye tissue and any extra fees charged by a funeral home are covered by the Eye Bank.

“A lot of people aren’t comfortable talking about death and what happens to us after dying. And I think if we normalize the discussion and we start to talk about it, a lot of (the discomfort) can be overcome by education.”

For Barbara Edwards, the decision to donate her father Dick Halverson’s eye tissue after he had a sudden fatal heart attack almost two years ago wasn’t difficult.

“We had talked about his wishes and he didn’t think he could donate — he thought he could donate, but not his eyes — because he had such thick glasses,” said Edwards, a hospital development co-ordinator at Trillium Gift of Life Network, Ontario’s organ and tissue donation and transplantation service.

“But when we heard from Trillium that that wasn’t true, that your vision didn’t affect your ability to donate, we knew right away it was yes … because we knew what he wanted.”

As it turned out, the 69-year-old wasn’t registered as a donor. He had planned to sign up on his next birthday, but died before, so his family made the decision.

“It was so special for us to be able to honour his legacy and be able to give the gift of sight to others,” Edwards said. “I didn’t realize how much after the fact that it would help in our grieving process, knowing that other people can be helped.”

Hallett, who retired in 2000 after selling his marina on a lake near his home, said his corneal transplant and subsequent cataract operation by a Toronto surgeon earlier this year has given him back his life.

“I’ve got good vision, very good. I can do anything I want,” he said, adding that he is so grateful to the anonymous donor that “I can’t even express what I feel..”

“I was totally grounded. It was a wonderful experience for me to get my sight back.”