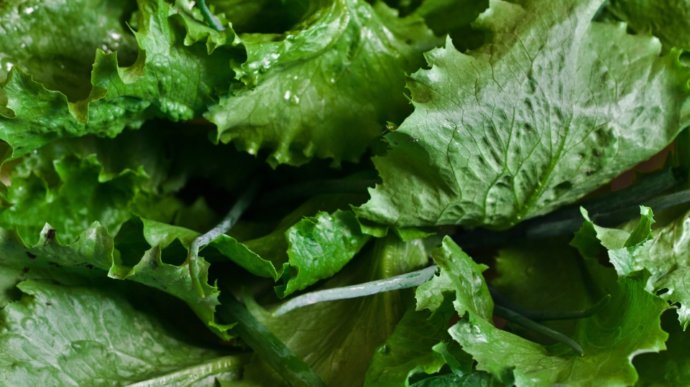 E. coli bacteria can’t be detected by sight, taste or smell – and it can’t necessarily be removed by washing a contaminated product, either.

Contamination from the severe O157 strain of E. coli is believed to be responsible for 18 illnesses in Canada and 32 in the U.S. between mid-October and early November.

Romaine lettuce is considered to be the likely source of the bacteria. The Public Health of Agency of Canada said Tuesday that people in Ontario and Quebec should avoid romaine until more details are known. A similar warning covers 11 states.

In general, public health authorities recommend removing outer leaves from unwashed lettuce and rinsing the rest of the lettuce to reduce the risk of E. coli. However, this does not fully eliminate the possibility of contamination.

“Washing is what people generally do, but the trouble is that the bacteria – things like E. coli – can cause illness by having only 10 cells,” Keith Warriner, a food science professor at the University of Guelph, told CTVNews.ca Wednesday in a telephone interview.

“Just to put it in perspective, on a pinhead you can put a billion cells.”

Lettuce contains plenty of microscopic holes and grooves where bacteria can hide, Warriner said. The same applies to all fruits and vegetables, even those that appear to have more uniform surfaces.

“If you look at an apple’s surface, you think apples are really smooth – but if you look actually at the micro-level, it’s just like a mountainous range,” he said.

“With E. coli, if you can’t get rid of it all, then obviously you’re going to be at risk.”

There is one other option for people who are afraid of contaminated romaine but do not want to get rid of their lettuce: Destroying the bacteria by cooking it.

“If they feel uncomfortable and they still would like to consume it, my advice would be to cook it,” Lawrence Goodridge, a food safety professor at McGill University, told CTV Montreal.

Authorities in Canada and the U.S. have warned that there may still be contaminated romaine on the market. Some of the people who fell ill reported eating romaine at home, while others said they had done so at restaurants.

Despite alerts being issued in both countries, no recalls have been ordered. This mirrors the decisions made in late 2017, when an outbreak of E. coli O157 sickened 42 people in Eastern Canada.

“Essentially what it does is let them off the hook because they’re not having a recall, so the industry can’t be upset … but there again, they’re protecting the public health by saying ‘We advise you not to eat it.’” Warriner said.

O157 is considered to be more likely than other strains of E. coli to cause severe illnesses, particularly in adults aged 60 or older, children under the age of 5 and pregnant women.

The O157 strain has been seen in meat products for decades, Goodridge said, but become much more prevalent in fruits and vegetables in recent years.

Common symptoms of E. coli can include nausea, vomiting, headaches and stomach cramps. In more severe cases, the bacteria can cause kidney failure.