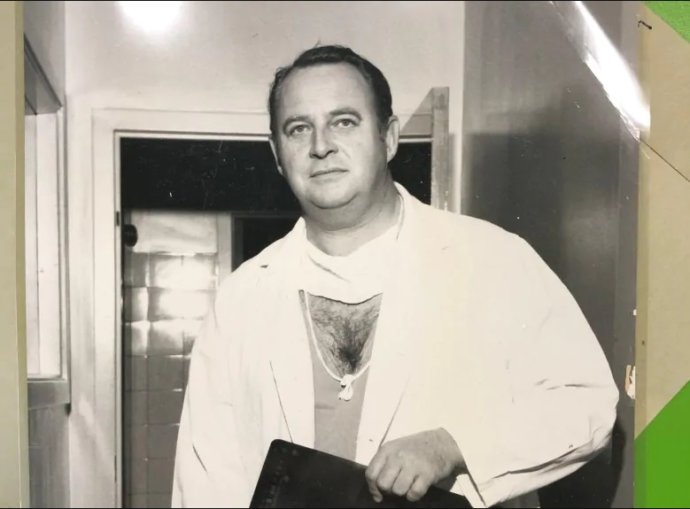 In mid-November 1968, a team of cardiologists at St. Michael’s Hospital received a call they had been waiting on for months.

An 18-year-old man had been badly injured in an accident, they learned. He was ruled brain dead, but his heart was still beating.

It was a tragedy that set into motion the first successful heart transplant in Canadian history, which marks its 50th anniversary on Saturday.

A year earlier, in 1967, Wilson had identified a potential recipient for a heart transplant, Charles Perrin Johnston, who had been suffering from heart failure and appeared headed toward an early death.

“I told him at the time, almost facetiously, ‘Hey, maybe we can give you a new heart in a year’s time,'” Wilson remembers telling Perrin Johnston.

The golden age of cardiology

In December 1967, the South African doctor Christiaan Barnard performed the world’s first human-to-human heart transplant — an earlier transplant had been attempted using a chimpanzee heart — though the recipient lived for just 18 days after the surgery.

In Canada, several hospitals were jockeying to become the first to replicate the operation, though early attempts were met with fast deaths or incapacitated patients.

In May of 1968, Albert Murphy became the first Canadian to receive a new heart, though he died within hours of the operation, performed at the Montreal Heart Institute.

In the following months, Toronto General and Toronto Western hospitals also attempted heart transplants, though none of the patients recovered.

In the wake of multiple failures and amidst a growing media frenzy around the race between the three Toronto hospitals, the team at St. Michael’s took their shot at the potentially life-saving operation on Nov. 17, 1968.

The transplant was to be performed by Dr. Clare Baker, with Wilson providing support during Perrin Johnston’s recovery.

“We had to have confidence. And if anybody gave the image of being a confident performer, a confident surgeon, a capable surgeon, it was Dr. Clare Baker,” Wilson remembered about his colleague, who died in 2010.

That confidence and preparation ultimately translated into a successful surgery.

“He left the operating room like any other patient, with a beating heart,” Wilson said.

Perrin Johnston went on to live six years with his new heart. At the time of his death, he was the longest lived male heart transplant recipient in the world.

When doctors later asked him how they did it, “maybe we said more prayers at St. Michael’s Hospital,” Wilson would say with a laugh.

Shortly after Perrin Johnston’s transplant, Dr. Robert Chisholm arrived at St. Michael’s as a medical student. He says the experience of watching Dr. Wilson and Dr. Baker during their breakthrough years altered the course of his career.

“That two month experienced changed my life,” said Chisholm, who started his tenure at St. Mike’s without a medical specialty. He has now worked as a cardiologist at the hospital since the 1970s.

“It was a very exciting time because the world was kind of watching us,” he added. “We had pretty good success in those early days.”

While the techniques used in cardiology have advanced considerably since the 1960s, Chisholm says the approach taken by Wilson and Baker should serve as a powerful lesson to their modern contemporaries.

“The key to their success, I think, was judgment,” he said. “And that still applies today.”

In total, Wilson and the team carried out five heart transplants at St. Michael’s, though the last two were unsuccessful.

They stopped performing transplants after those failures, due to advancements in other areas of cardiology and a need for anti-rejection medications that were not yet developed.

Still, Wilson looks back fondly on his years at the cutting edge of the specialty, knowing that his team’s success informed the work of doctors around the world, and elevated the profile of his hospital as a result.

“We were pretty proud that we were able to present a successful transplant,” he said. “We showed that it can be done.”

According to the latest figures from the Canadian Institute for Health Information, 170 Canadians received heart transplants in 2015.
Photo: Dr. Clare Baker was the surgeon who carried out the operation. Baker died in 2010. (St. Michael’s Hospital)