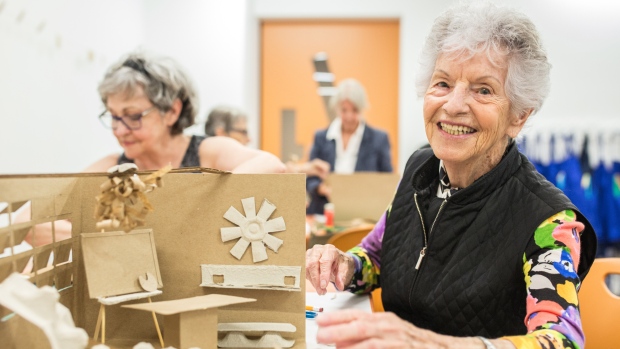 For some seniors, visiting the museum instead of the doctor’s office could improve their health and quality of life, according to a study released Tuesday.

Research conducted at Montreal’s Museum of Fine Arts by McGill University geriatric medicine experts found that participating in a group activity such as painting or drawing is beneficial on many levels.

The clinical study of 150 people aged 65 to 94 looked at people taking part in the museum’s weekly art workshops, over a 10-month period.

People considered to be in “fragile” health showed a clear improvement after three months.

More than half of the subjects classified as “fragile” at the start of the study were rated “vigorous” at the end.

Participants reported a steady improvement in their quality of life over the duration of the study. Some benefits were found to be temporary while others were lasting and cumulative from one workshop to the next.

The researchers said the results exceeded their expectations.

Olivier Beauchet, professor of geriatrics at McGill University, said the results show the potential of art therapy to prevent health problems. Although it is too early to say with certainty, he noted a tendency for visits to the doctor and hospitalizations to decrease among the participants in the study.

The next step is an expanded study with a control group and participants in 10 other countries.