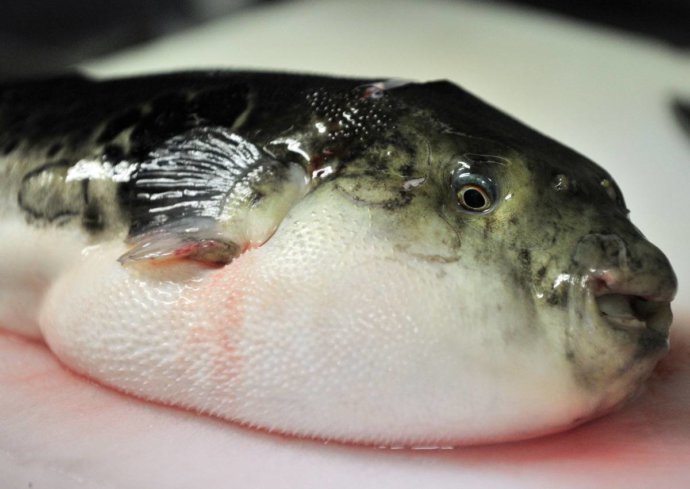 A Japanese city has activated an emergency warning system to alert residents to avoid eating locally purchased blowfish, after a mix-up saw toxic parts of the delicacy go on sale.

A supermarket in Gamagori in central Japan sold five packages of fugu fish without removing the livers, which can contain a deadly poison.

Three of the potentially lethal specimens have been located, but the other two remain at large, local official Koji Takayanagi told AFP.

“We are calling for residents to avoid eating fugu, using Gamagori city’s emergency wireless system,” which broadcasts over loudspeakers located around the city, he told AFP.

Fugu is one of Japan’s most expensive winter delicacies, and is often served in thin slices of sashimi or hot pot.

But the fish’s skins, intestines, ovaries and livers contain a poison called tetrodotoxin that can be fatal.

The part of the fish that contains the deadly poison differs from one kind of fugu to another.

Japanese chefs are required to obtain a special permit to prepare the fish, but several people in Japan are killed each year by incorrectly prepared fugu, with dozens more suffering non-fatal side effects, according to the health ministry.

“Eating a blowfish liver can paralyse motor nerves, and in a serious case cause respiratory arrest leading to death,” regional officials said in a warning statement.