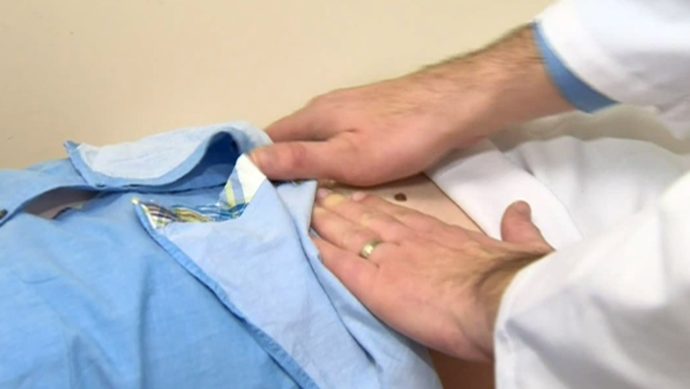 Crohn’s, colitis rates in children grew by 50 per cent in last 15 years

The prevalence of inflammatory bowel disease (IBD) among Canadians is growing at an “alarming” rate, particularly in children and seniors, according to a new report.

Crohn’s and Colitis Canada released the findings of a multi-year report on the impact of Crohn’s disease and ulcerative colitis – the main two forms of IBD – in Canada on Thursday.

IBD is a group of disorders that causes parts of the gastrointestinal tract to become severely inflamed and develop ulcers. The symptoms of these lifelong diseases can be debilitating and may include intense abdominal pain, internal bleeding, fatigue, vomiting, and frequent trips to the washroom.

By 2030, that number is expected to rise by 50 per cent and approximately 400,000 Canadians, or 1 per cent of the population, will be diagnosed with IBD.

“In 2018, the cost of caring for people with IBD was around $2.5 billion and as there are more people living with these diseases, these costs are going to increase significantly,” Mina Mawani, the president and CEO of Crohn’s and Colitis Canada, told CTVNews.ca on Thursday. “We’re raising the alarm and telling the government that these are diseases that are on the rise and we need to start thinking about them now and be in front of them.”

Although Crohn’s disease and colitis can be diagnosed at any age, the onset of symptoms is typically seen in adolescence or in early adulthood, the report’s co-chair and author Dr. Eric Benchimol, a pediatric gastroenterologist at the Children’s Hospital of Eastern Ontario, explained.

There are currently more than 7,000 children under the age of 18 with IBD living in Canada, according to the research. It’s a dramatic 50 per cent increase from 15 years ago and highlights the changing nature of the disease.

The number of newly diagnosed children in this age group rose by 7.2 per cent from 1999 to 2008, and it’s only expected to grow.

Benchimol said he believes a combination of factors is behind the increase in diagnoses among children including earlier detection and environmental factors.

He said there are more pediatric gastroenterologists and better technology for diagnostic tests, such as colonoscopies, to recognize and diagnose IBD in children. However, he also thinks the environment may also play a significant role in the development of IBD in young children.

“There’s probably many environmental risk factors that children are being exposed to early in life that then changes their gut microbiome – their bacterial composition of their intestines – and then activates whatever genetic risk they may have had so that later on they then develop IBD,” he explained.

The statistics are troubling because children react differently to IBD treatments and are at a greater risk for medication side effects, according to the report. Children also typically have a more severe disease course and must visit the doctor more frequently, which means treatment can be more expensive for them.

While children were singled out as having the highest rates of new diagnoses, seniors over the age of 65 were identified as the fastest growing demographic currently living with IBD.

Benchimol said the high prevalence of IBD among Canadian seniors is the result of new diagnoses in combination with patients who have had the disease for many years, but have only recently become seniors. With more seniors living with IBD, the risk of complications from other conditions they may have will increase as well, according to the findings.

“Risks associated with IBD-related surgeries and complications from other illnesses associated with age and their medications, further complicate treatment options and may lead to higher healthcare utilization,” the report said.

“We need governments to start thinking about the number of gastroenterologists, the number of IBD nurses that are going to be required for us in the future and start preparing to train more of these as we go into higher rates of these diseases,” she said.

Along with children and seniors, select immigrant groups were also found to have high rates of IBD in Canada. The report said that new diagnoses among Ashkenazi Jews and South Asians were higher than in other ethnic groups.

“Ashkenazi Jews have been found to carry gene mutations that are common to all patients with Crohn’s disease but also have unique mutations that may drive their increased susceptibility,” the report said.

As for South Asian immigrants, the research suggests they have a higher risk of developing IBD – especially if they arrive in Canada at a young age – than other immigrants, such as those from East Asia.

“What we’re finding is the Canadian-born children of immigrants they actually have the same rate or higher as the children of native-born Canadians so something about being born or exposed early in life to a Canadian environment seems to increase people’s risk when they were at low risk in their home countries,” Benchimol said.

In addition to the statistics, Crohn’s and Colitis Canada released a number of recommendations calling on governments to recognize IBD as a national health priority and increase resources for its treatment and prevention.

Benchimol said some of the other recommendations include having academic research translated more quickly to the bedside to improve patient treatment; increased research and funding into specific groups, such as seniors, children, immigrants, and pregnant women with IBD; and a public health and education campaign to raise awareness and reduce stigma about the diseases.