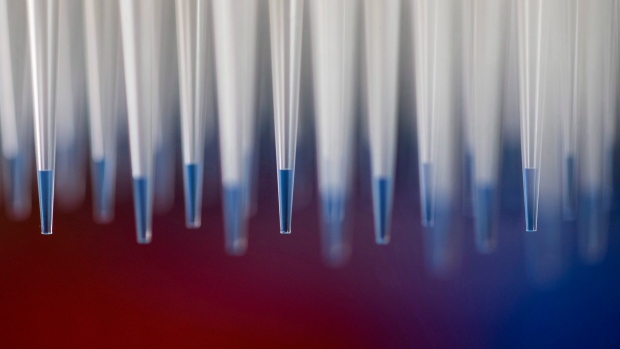 A major newspaper has removed an opinion piece that urged readers to consider “both sides of the vaccine debate” from its website after the column was the subject of widespread online backlash.

Adrienne Batra, editor in chief of the Toronto Sun, says in a post on Twitter that a number of medical professionals pointed out “inaccuracies” in the column, which remains up on the websites of several other publications.

The piece was authored by Dr. Ken Walker under the pseudonym W. Gifford-Jones.

In it, Walker writes that instead of getting a yearly flu shot, he relies on “daily doses of vitamin C to build up (his) immune system.”

He says that while vaccines save lives, “history also shows that on rare occasions they have a potential hidden risk.”

Batra says that Walker’s opinion “doesn’t reflect the editorial position of the Sun.”

“Our coverage of vaccines has been balanced and we encourage people to get vaccines,” Batra wrote on Twitter.

Walker, 94, said he’s been no stranger to controversy over his decades-long career as a syndicated columnist, discussing such sensitive subjects as abortion and doctor-assisted death.

He said he wasn’t advocating that people forgo vaccinations for themselves or their children — just that they have a discussion about the issue with their family doctor.

“When I did a surgical operation, I could never guarantee any of my patients that they wouldn’t die, or a complication wouldn’t occur,” he said.

“And I think the same thing occurs when you’re dealing with vaccines — you can never look someone in the eye and say, ‘You can take this vaccine and nothing’s going to happen to you.”‘

The Public Health Agency of Canada, which publishes a quarterly report of adverse reactions to vaccinations, says 902 such incidents were reported in the last three months of 2016 — the most recent period for which data is available. Of those, only 103 were considered “serious.”

The agency’s Canadian Immunization Guide states that “the risk of vaccine preventable disease transmission remains and would significantly increase if vaccination were stopped.”

It also warns that “Perceived vaccine safety risks receive as much media attention as real safety risks and can be difficult to dispel despite credible scientific evidence.”