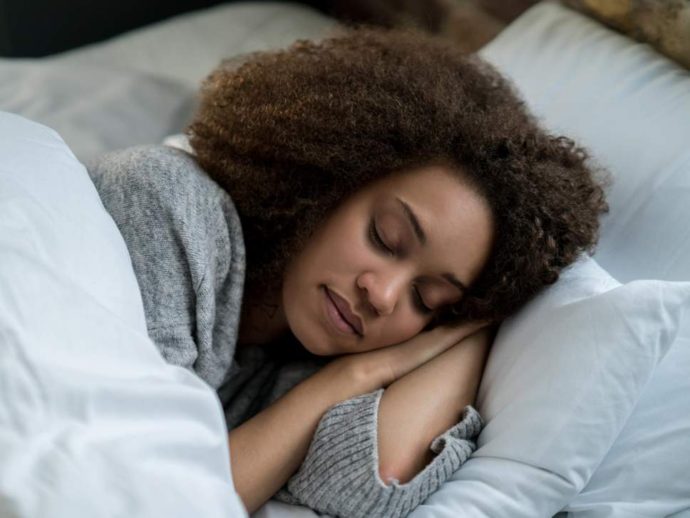 Scientists in Australia carried out two studies of young and older sleepers to test the theory.

Students in their 20s in the first group fell asleep four minutes faster on average when wearing pyjamas made from merino wool rather than cotton, taking 11 minutes instead of 15.

The second study found that woollen pyjamas had an even bigger impact on older adults aged 65 to 70.

They fell asleep after 12 minutes compared with 22 and 27 minutes for those wearing polyester or cotton.

Researcher Dr Paul Swan, from the University of Sydney, said: “Not so long ago sleeping under wool bedding was the norm, and science is now rediscovering the benefits of sleeping in wool.

“Maybe it is not a coincidence because wool regulates your body temperature far better, keeping you in what is known as ‘the thermal comfort zone’. You therefore not only fall asleep quicker, sleep longer, but also have deeper, better quality sleep.

“Enjoying good sleep has become increasingly difficult in modern times, and so anything that helps is great for your mental and physical health.”

The research was carried out in Australia over periods of nine and four nights and involved 17 students and 36 older adults.

Participants were put to bed in British-level night-time temperatures of 17C (62.6F).

Findings from the first study, reported in the journal Nature And Science Of Sleep, were released to mark Wool Week, part of the Campaign for Wool whose patron is the Prince of Wales.

The second study, funded by the wool industry body Australian Wool Innovation (AWI), has not yet been published.