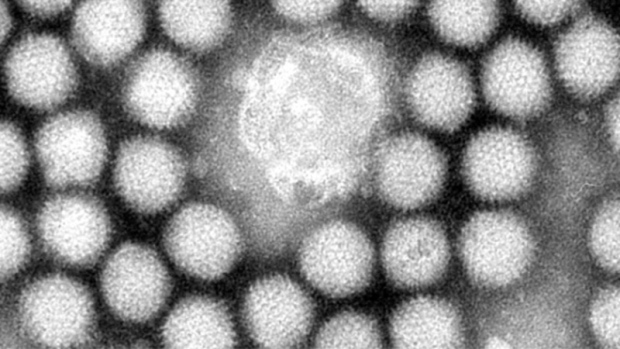 Death toll hits 7 in viral outbreak at pediatric centre, most under 18

Another young person has died in a viral outbreak at a pediatric rehabilitation centre, bringing the death toll to seven, officials said Wednesday.

Most of those who died in the adenovirus outbreak were under 18, but at least one was a young adult, the state Health Department said. The seventh victim died Tuesday, officials said.

There have been 18 cases overall at the Wanaque Center for Nursing and Rehabilitation in Haskell, about 30 miles (50 kilometres) northwest of New York, officials said. The 227-bed, for-profit facility cares for children and elderly residents.

“We’re taking this outbreak very, very seriously,” New Jersey Health Commissioner Dr. Shereef Elnahal said in an interview with The Associated Press. “I’ve been personally directing a lot of the work based on the information that we’re getting from the facility. … The outcome has been absolutely tragic — the age of the folks who died and their condition, and we’re working really hard until hopefully this resolves.”

Adenoviruses are common and typically cause mild cold or flu symptoms in otherwise healthy people, including sore throats, fever, coughs and sneezes. Some strains also cause diarrhea and or pinkeye.

But the strain found in the rehab centre outbreak, adenovirus 7, is among the more potent types and can sometimes cause more serious respiratory illness, particularly in people with weak immune systems or who have lung conditions.

Children who require ventilators for breathing are among those treated at Wanaque. Elnahal described the patients as “fragile” and said they had “baseline” respiratory issues, as well.

It’s unlikely that there’s a broader threat, he said.

“We don’t see a major outbreak risk in the community,” he said. “Unfortunately, we have hundreds of these types of outbreaks per year. Because this one occurred in a place where the patients are so fragile and have underlying immune system problems, you’re seeing the severity play out.”

Elnahal said the Health Department was first notified by the centre about a potential outbreak on Oct. 9. By Saturday, the department had sent inspectors who found a handwashing deficiency.

It’s unclear why there was a gap between when the centre notified the state and when officials were sent over.

The president of a nurses union said Wednesday that nurses have complained about staffing shortages at the facility, which she said may lead to poor infection control practices that could put patient safety at risk.

“As the staff works to contain the spread of the virus they will also continue to advocate for stronger protocols and implementation of infection control policies,” the president, Debbie White, said in a statement.

The centre referred questions to a spokesman, who said he was preparing a statement for release later Wednesday.

The identities of those who died and the affected patients are unknown.

Health officials had earlier described all those infected as children, which is how the rehab centre describes its pediatric patients, even though some are as old as 22.

In the past 10 years, cases of severe illness and death from the type of infection found at Wanaque have been reported in the United States, but it’s unclear how many deaths there were.

A 1998 outbreak of type 7 adenovirus at a pediatric chronic-care facility in Chicago killed eight patients, according to a scientific paper cited by the Centers for Disease Control and Prevention.

The CDC is providing technical assistance to the state Health Department.

The Health Department inspected Wanaque in August and found “minor deficiencies” that were later corrected.

“Our goal now,” Elnahal said, “is to make sure all the infection protocols are being followed to minimize the impact on affected families and patients.”