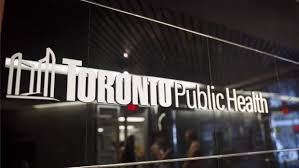 Existing sites will also have to reapply to continue operating, Elliott said.

“While critical, simply preventing overdoses is not enough. We need longer-term solutions to this problem,” she said about the reason behind rebranding the sites to focus on consumption and treatment services.

“Lives are being lost every day, and opioid addiction, if left unchecked, creates a new burden on our health-care system.

“We don’t truly save a person’s life until they are free of addiction.”

London has a temporary overdose prevention site while it awaits approval of a permanent site.

“This is a historical day. This is the day that supervised consumption transcended politics,” said Chris Mackie, medical officer of health for the London region, where the province’s first legal temporary overdose prevention site opened in February.

“This new model fits perfectly with the wraparound services we’ve already been offering.”

The London site has reversed 37 overdoses and referred more than 180 people to treatment since it opened. The city has been waiting for approval to open two permanent sites, which was effectively given today.

The province has capped the number of sites at 21.

There will not be any new funding for the rebranded sites, Elliott said, and most existing sites already comply with the new model. Those sites cost the province $31 million.

The new sites will include harm-reduction services such as supervised consumption services and will connect people with treatment and health services, Elliott said.

“Government cannot turn a blind eye to the crisis is happening in front of us. Absent a safe and controlled environment, [people] will continue to use local business, parks, homes and libraries to inject at serious risk to themselves and others.”

Currently, 19 sites are operating and can apply to the province to continue. Three sites — in St. Catharines, Thunder Bay and in Parkdale in Toronto — were paused while Elliott reviewed supervised consumption. Those will be allowed to open, she said.

“Pop-up sites and tents will not be allowed and this will be strictly enforced.”

The sites will be subject to random audits. They’ll also have to report back to the Progressive Conservative government about who is using them.

NDP Mental Health and Addictions critic Bhutila Karpoche said putting an arbitrary cap of 21 on the number of sites in Ontario could mean communities wind up competing against each other.

“The evidence is clear: overdose prevention sites save lives, which means people can go on to get the treatment they need and build the life they want,” said said Karpoche in a statement. “Mr. Ford should never have stopped harm reduction workers from doing their life-saving jobs, and he shouldn’t be imposing arbitrary caps on that work, now.”

The Green Party of Ontario called the decision to cap the number of sites at 21 “disappointing.”

Meanwhile, the government’s announcement was welcomed by the Registered Nurses’ Association of Ontario.