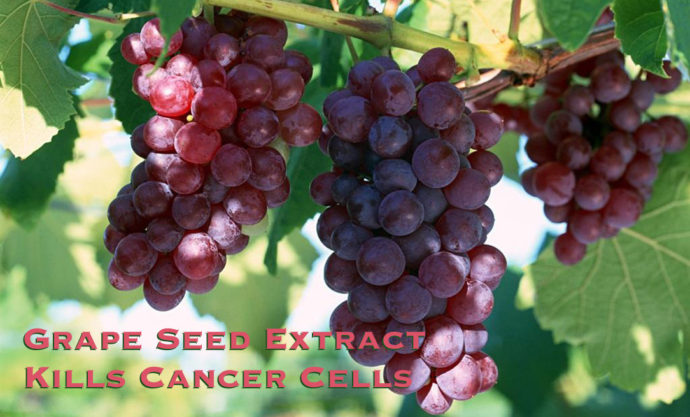 Giving resveratrol through the nose might be an effective way to use the red wine and grape compound to protect against lung cancer, according to a new study that features in the journal Scientific Reports.

Lung cancer is now the most common cause of cancer deaths both in the United States and worldwide.

Smoking is the biggest lung cancer risk factor and accounts for 80–90 percent of cases.

Scientists from the University of Geneva in Switzerland, who carried out the recent studyin a mouse model of lung cancer, suggest that their findings will lead to a “re-evaluation” of the use of resveratrol in clinical trials.

Many plants contain resveratol, including popular foods such as peanuts, grapes, berries, and, by extension, red wine. Ever since researchers discovered the compound’s anticancer properties around 20 years ago, it has attracted great interest.

Much of the evidence for resveratol’s powerful anticancer effects, however, arose from laboratory experiments on cells; translation of this success to living bodies has been much less satisfactory.

The main problem appears to be resveratol’s “low oral bioavailability”: the body quickly breaks down the compound once it enters the digestive system.

This means that by the time the compound reaches more distant internal organs, its power is much reduced.

There is evidence that giving mice resveratol orally can protect against cancer in the gut; but it does not protect them from lung cancer.

This would suggest, note the study authors, that nasal administration could offer a greater chance of success.

The challenge, however, was to formulate a large amount of resveratol, which does not dissolve readily in water, so it could be given nasally.

A significant reduction in tumors

They eventually found a formulation that, following nasal administration, resulted in lung levels of resveratol that were 22 times higher than those that result from oral administration.

“This formulation,” says first study author Aymeric Monteillier, from the School of Pharmaceutical Sciences at the University of Geneva, “[which is] applicable to humans, allows the compound to reach the lungs.”

“[It] proved to be a valid method to expose the lungs to a sufficient amount of resveratrol,” he and his colleagues explain.

The investigators evaluated the effectiveness of the formulation in mice that they bred to develop lung cancer after exposure to a cancer-causing compound, or carcinogen. This particular mouse model is regularly used in such studies because it mimics lung cancer that develops in humans from tobacco use.

“We observed a 45 percent decrease in tumor load per mouse in the treated mice,” explains senior study author Dr. Muriel Cuendet, an associate professor in the School of Pharmaceutical Sciences at the University of Geneva.

She goes on to say that treated mice “developed fewer tumors and of smaller size than untreated mice.”

There was also an effect in mice that were not exposed to the carcinogen, Dr. Cuendet explains. Of these mice, 12.5 percent of those untreated did not develop lung cancer, compared with 63 percent of those in the treated group.

Resveratrol most likely protects against cancer by ensuring that cancer cells do not escape a type of programmed cell death called apoptosis. This mechanism normally ensures that potentially harmful cells trigger their own destruction, but cancer cells have a way of avoiding it.

The team is now seeking a biomarker that could help identify those most likely to benefit from resveratrol treatment.