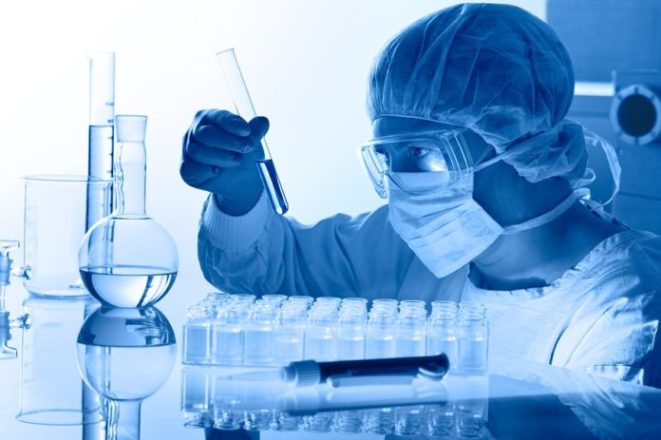 The U.S. Food and Drug Administration has designated an experimental drug as a potential breakthrough therapy for Complex Regional Pain Syndrome (CRPS), a chronic and disabling neurological disease for which there is no cure or treatment.

Neridronic acid was discovered by Abiogen Pharma, an Italian drug maker, and is jointly being developed with Grünenthal, a German pharmaceutical company.

The Breakthrough Therapy designation by the FDA came after the companies reported the results of a Phase II clinical trial showing a significant reduction in pain and symptoms of CRPS with neridronic acid treatment. The drug has already received fast track and orphan drug designations from the FDA.

The agency considers a new drug as a breakthrough therapy if it is intended to treat a serious condition and if preliminary clinical evidence demonstrates substantial improvement over current treatments. There are no current FDA approved treatments for CRPS, which is also known as Reflex Sympathetic Dystrophy (RSD).

“It is very encouraging to see that the FDA recognizes the urgent need for new treatments for patients with CRPS and has granted neridronic acid the status of a Breakthrough Therapy. This supports our efforts to develop an efficacious treatment option to these patients,” said Klaus-Dieter Langner, MD, Chief Scientific Officer of Grünenthal. “We are committed to working closely with the FDA to bring neridronic acid to patients with CRPS as fast as possible.”

In the Phase II study, neridronic acid or a placebo was administered intravenously to 464 patients with CRPS type 1, when the disease is in its early stages. The study ended in November.

A previous study of 82 CRPS patients in Italy found that those who were treated with infusions of neridronic acid experienced significant and persistent reductions in pain.

Neridronic acid is currently being evaluated in a Phase III clinical trial. If successful, the drug could be the first FDA-approved treatment for CRPS, which is characterized by severe, burning pain that usually begins in the arms or legs after an injury or surgery. The pain often spreads throughout the body.

“Grünenthal is highly dedicated to improving the lives of patients with pain as well as rare diseases with limited treatment options. This is an area of high unmet medical need,” Gabriel Baertschi, CEO of the Grünenthal.

The company recently purchased Thar Pharmaceuticals, which is developing an oral form of zoledronic acid for the treatment of CRPS. That drug is also undergoing a Phase III study.

Neridronic acid is an investigational aminobisphosphonate. According to the Reflex Sympathetic Dystrophy Syndrome Association (RSDSA), bisphosphonates have been used for years overseas to treat CRPS.

“We need options and if this can help patients and encourage other medications and treatment options to come onto the market for CRPS’ers, it’s a great thing,” said Barby Ingle, who suffers from CRPS/RSD and is President of the International Pain Foundation.

“We saw with fibromyalgia and Lyrica that once it (fibromyalgia) had a medication designated it gained more awareness and acceptance in society, leading to better access to care. The same could happen with a CRPS designation for a medication, leading to greater treatments and a cure in the future.”
Source: http://ushealthmagz.com/2018/05/05/fda-designates-crps-drug-as-breakthrough-therapy/