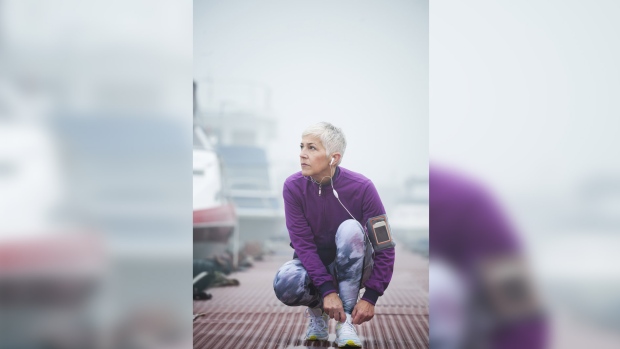 Exercising after a heart attack may help stave off death for longer, Swedish researchers said Thursday.

A study which followed 22,000 heart attack survivors aged 18-74, found that those who boosted their exercise levels after being discharged from hospital, halved their risk of dying within the first four years.

“It is well known that physically active people are less likely to have a heart attack and more likely to live longer,” said Orjan Ekblom of the Swedish School of Sport and Health Sciences.

“However, we did not know the impact of exercise on people after a heart attack.”

Ekblom led the research presented at a European Society of Cardiology congress in Ljubljana, Slovenia.

The team collected data on heart attack patients in Sweden, and their physical activity levels as reported six to 10 weeks or 12 months after the event.

Researchers documented how many exercise sessions of at least 30 minutes the survivers took part in — with zero to one weekly sessions categorized as “inactive”, and two to seven sessions as “active”.

“All types of activities could be included, typically with an intensity corresponding to a brisk walk or more intense,” Ekblom told AFP.

The team also measured whether the patients became less or more active over time, or maintained a constant level of activity.

Making provision for other factors such as the patients’ age, gender, smoking habits and health, the team then looked at trends.

“Compared to patients who were constantly inactive, the risk of death was 37 per cent, 51 per cent, and 59 per cent lower in patients in the categories of reduced activity, increased activity, or constantly active, respectively,” said a press statement.

“Reduced activity” referred to patients who exercised initially after their heart attack, but then stopped.

“Exercising twice or more a week should be automatically advocated for heart attack patients,” said Ekblom.