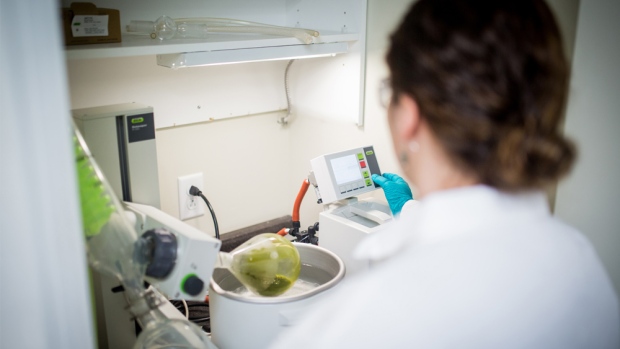 An East Coast ocean technology company says it has discovered properties in seaweed off Newfoundland and Labrador that inhibits the growth of breast cancer cells.

A press release from Oceans Ltd. says it has been studying seaweed’s potential commercialization in pharmaceutical products for several years, and have sampled about 70 seaweed species in Newfoundland and Labrador’s coastal waters.

President and CEO Judith Bobbitt says studies that used an extract from the seaweed on mice have “conclusively” demonstrated effectiveness in inhibiting the growth of breast cancer cells.

She says that following treatment, the mice showed no obvious abnormalities related to metastasis, including in internal organs with high potential for metastasis such as livers, lungs, axillary lymph nodes and diaphragms.

Bobbitt says the molecule structure has been dubbed GorgonaDosi, and it is now being synthesized in a research lab for pharmaceutical development.

Oceans Ltd. is comprised of meteorologists, physical oceanographers, biologists, biochemists, chemists, and engineers who investigate the marine environment and its applications, with offices in Halifax and St. John’s.
Photo credit: Oceans Ltd.
Original article at: https://www.ctvnews.ca/sci-tech/seaweed-off-n-l-inhibits-growth-of-breast-cancer-cells-ocean-tech-company-1.3822524