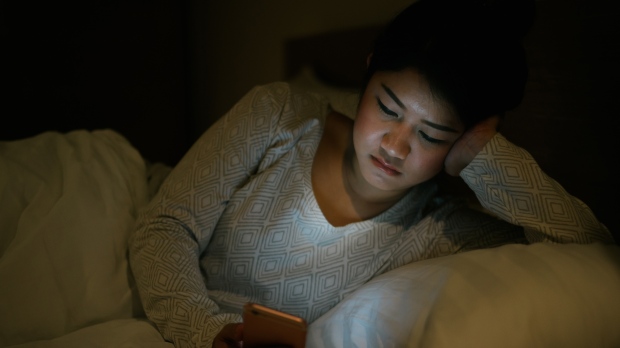 ‘Sleep texting’ on the rise among teenagers

New U.S. research has found that sleep texting — which is using smartphones late at night to message friends — is on the rise among teens and college students.

Carried out by researchers at Villanova University’s M. Louise Fitzpatrick College of Nursing, the new study recruited at 372 college students and surveyed them about their cell phone use during sleep, as well as the location of their phone at night, their sleep quality and their number of hours of sleep both on a school night and over the weekend.

The findings, published in the Journal of American College Health, showed that 25.6 percent of the students reported texting in their sleep, poor sleep quality, and that their cell phone influences their sleep.

Of these students, 72 per cent also reported that they do not remember sleep texting, and 25 percent failed to remember what they had texted.

In response to one of the questions in the study’s survey, one student said she wears mittens to bed every night to prevent texting since “moving the phone from being in my bed to next to the bed is not an option, I have to keep my phone with me.”

The researchers also found that students with four or more technological devices in their bedroom had significantly less sleep when compared to those with three or fewer devices.

Lead author Elizabeth B. Dowdell, Ph.D., “The majority of the sleep texting students had no memory of the texting behavior as well as who or what they texted. The lack of memory is not surprising as sleep research has found that people awakened after sleeping more than a few minutes are usually unable to recall the last few minutes before they fall asleep.”

The older adolescents and college students who reported sleep texting also added that most of their messages are gibberish or made no sense, which the researchers say is potentially embarrassing rather than dangerous.

However, they added that their findings provide more evidence for the association between sleep texting and sleep quality, with lack of quality sleep also linked to poorer academic success as well as a variety of health conditions.