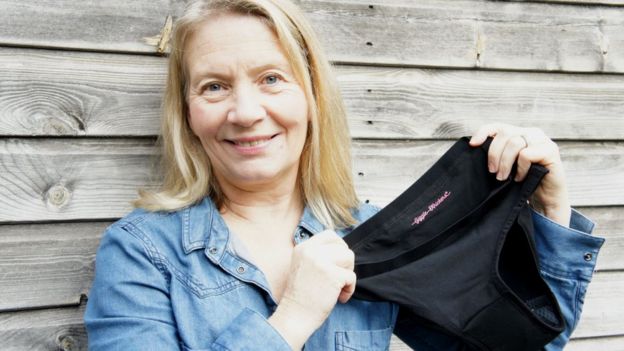 Friends giggled their way to an incontinence business

When Judith Balcazar went in for an operation to remove a lump from her bladder, she never thought she would come out of the operating theatre with a business idea.

Judith, 65, a former fashion director and Anne Davidson, 53, a retired primary school teacher, had always thought they’d go into business together at some stage in their 25-year friendship – but never thought it would involve a pair of knickers.

The surgery on Judith’s bladder had left her muscles weak and often she felt unable to laugh or cough without the anxiety of wetting herself.

But she is far from alone – experts believe one in three women suffer from urinary incontinence.

The NHS has warned that millions who experience incontinence are suffering in silence because they are too embarrassed to talk about the issue.

Judith recalls when she first looked for incontinence products. “It was actually quite embarrassing going into the chemist and even having to think about walking down this aisle and having to ask where they were and that kind of thing because I wasn’t sure what I was looking for,” she says.

But it was during this shopping experience that she recalled a staggering article she had read about the environmental impact of pads and nappies.

Environmental groups have warned about the impact of the billions of these products that enter the global landfill system every year.

Nappies usually have synthetic polymer fillings that can take 500 years to decompose. Adult incontinence products, at several times the size of babies’ nappies, take up more room and demand is rising.

“I know that we’ve got an ageing population throughout the Western world,” Judith says.

She looked for alternatives, but only found Bridget Jones-like incontinence knickers and other large plastic pants.

“You would die of embarrassment if anybody actually ever saw you in them,” she says.

“I just wanted to do something that looked like a normal pair of knickers so that if you’re in the gym and you’re taking your gear off… you’re not terrified of anybody else seeing them.

“It was just wanting to have something that just felt normal and looked normal and didn’t contribute to landfill.”

Anne loved Judith’s initial idea after the pair spoke about it over a cup of tea.

The pair believed they had found a gap in the market and went straight to work, and soon Giggle Knickers was born.

They wanted the product to be designed specifically for light incontinence, as Judith had experienced, absorbing liquid without having to use any disposable pad inserts.

Funding was the first thing on the list, and initially they tried to use online crowdfunding before going on the BBC’s Dragons’ Den programme.

The investors all seemed to like the idea, but not enough to back them financially. Eventually the pair found financing in the form of a government start-up loan of £25,000.

They knew the crucial part of the product was its functionality. Judith looked into cutting-edge, high-absorbency fabrics herself, researching new developments in micro-fibres and even gaining inspiration from other industries such as car manufacturing.

“I stuttered home with lots of pieces of paper and an eyedropper and I dropped water on things,” she says. “I tested how much they went through and then I put things on blotting paper to see how much was going through there, and then how long they took to dry in the air.”

They pinned the samples to pants, testing how they worked and how they performed when washed several times.

The duo had aimed to produce the knickers in the UK but costs drove them to China to make the products accessible for everyday consumers.

Judith believes one of the reasons the incontinence market has been relatively untapped so far is because the subject remains somewhat stigmatised.

“To actually be found with pads in your handbag I think for most women would be just excruciatingly embarrassing,” she says.

Anne says companies like Giggle Knickers have been accused by some of “preying on women’s insecurities” to make them buy products, instead of going to seek help or trying pelvic floor exercises, but she disagrees.

“We’re not trying to say, ‘Oh, put up with this and buy our product.’

“We’re saying, ‘No, you absolutely should go and see your GP.

“But in the meantime, you may need something that is a little less embarrassing, a little more environmentally friendly than buying pads.”

In recent years a number of celebrities, including actress Kate Winslet and television presenter Nadia Sawalha, have come out and spoken about their incontinence – something Anne hopes will help break the taboo.

“There are lots of people out there, you know, physiotherapists and lots of groups now on Twitter and Instagram, where they’re trying to get people to talk about it,” she says.

“It happens to men as well, it isn’t just women and rather than being ashamed and embarrassed about it, we should talk about it.” 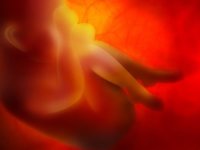