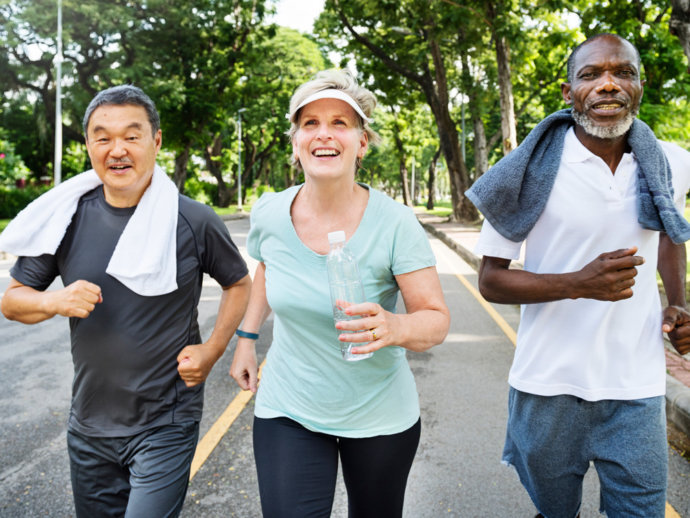 Healthy lifestyle can add 12 to 14 years of life

What results in good health and longevity? I’ve said for years that it’s good genes, good lifestyle and good luck. But since we can’t choose our parents, or know what fate holds in store for us, we must treat lifestyle with tender, loving care.  Now, a report in the publication, Circulation, proves that a sound lifestyle adds 12 to 14 more years to life.

Two epidemiological studies of health professionals involved 120,000 men and women. This group was followed for 34 years. The study concluded that for people over 50 who had never smoked, exercised daily, had good dietary habits, a moderate use of alcohol, and maintained a healthy weight, ended up the winners.

The rewards are significant. For instance, a woman, aged 50, who follows these lifestyle rules can expect to live to 93 years. This compares to a woman who indulges in an unhealthy lifestyle and dies at 79. In men, the increase in longevity from a healthy lifestyle is from 76 to 88 years.

Who lives the longest also depends on where they’re born. A study in the American Journal of Clinical Nutrition found that foreign born blacks, particularly those from the Caribbean and Africa, tend to eat a more healthy diet than those born in the U.S. They consumed more fruits, vegetables, omega -3 fatty acids and fiber.

In the general population, the U.S. spends more money on health care than any other country. So why are so many people in North America suffering from ill health? It is quite apparent from this report that the epidemic of obesity, type 2 diabetes and heart attack will continue to be the big killers. At the moment there is little evidence this battle is being won.

But a study that followed both staff and students at the University of Liverpool, England, shows it’s not an impossible dream.

In its first experiment, female diners were randomly divided to receive either a small or large quiche for lunch. The next day, the same group were all allowed to serve themselves any portion they desired. Researchers discovered the ones who had been served the smaller portion, tended to choose the smaller portion. A second experiment tested male diners and it produced the same result.

In the third experiment both sexes were included, but it was done one week later. This time diners were asked to look at various photos of portion size and asked which looked normal. Those who were previously given the smaller portions considered the smaller ones normal.

These studies showed that it is possible to shift people from what they think is a normal portion to what is actually the proper amount to eat. And that the perception of what is normal lasts at least to one week later.

For the last 40 years I’ve had the good fortune to be able to write many of my columns in the Finger Lakes area of upper New York State. I’ve enjoyed many of the local restaurants. But It’s very apparent that food portions there are much larger than in Canada. This is not likely to change. But families in both countries can be persuaded to change their perception of normal portions.

It’s not only how much is on the plate, but also what’s on the plate. For instance, starting with breakfast there’s generally too much sugar and not enough fiber. I’ve written facetiously that it would be safer for children to eat the cereal box than the contents that are half sugar.

So, consider adding a high fiber apple to your daily menu. After all, how many of those who enjoy an apple, ask for a second one? That’s because fiber has a filling effect and decreases the hunger reflex.

Remember, a voyage of a thousand miles begins with the first step. The same philosophy applies to longevity. So, gradually incorporate one thing at a time into your lifestyle.  Don’t forget the importance of smaller portions, add more fruits and vegetables, buy a pedometer to check the number of steps taken each day, and to measure your progress, step on the scale every day.