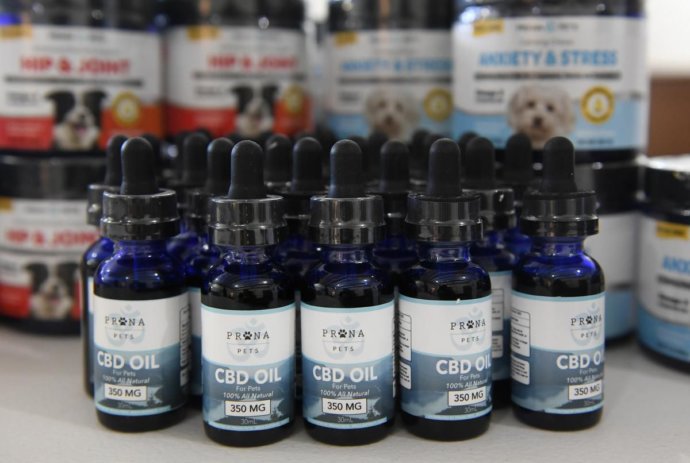 Can cannabis oil ease suffering for dogs and cats?

Pot for pets? It may be the next step in the ever-evolving legitimization of medicinal marijuana, and a trio of South Florida companies are competing to become the Blue Apron of cannabis oils for pets.

Three companies formed in recent years are selling cannabidiol (CBD) products that owners and enthusiasts claim might be more effective than traditional veterinary medicines at treating chronic pain, inflammation and anxiety in dogs and cats.

But their growth prospects face a big hurdle: While early research suggests that the treatments show promise, the legality of the products are widely disputed, preventing pet owners from buying them at their favourite chain pet store or through the most popular e-commerce sites.

“CBD is a gold rush, and a lot of companies have just jumped on the bandwagon,” said Jeff Riman, founder and co-owner of King Kanine, which formed in 2015 and now has, he said, hundreds of thousands of customers and sales in the millions of dollars.

“It actually works,” Solomon said. The partners formed the company in 2016 and have seen their sales of CBD oil increase to about 20,000 so far this year, Solomon said.

Sellers are quick to point out that CBD oils don’t get pets high. They point to lab tests that show the products contain only trace amounts of THC, or tetrahydrocannabinols, the ingredient that gets marijuana users high, and say their CBD oils are extracted from marijuana’s low-THC-producing cousin, commonly known as industrial hemp.

A review posted on King Kanine’s website by “Jeff C.” reported: “It’s been almost 2 months since I upped Rico’s dosage to medicinal level, and I’m amazed. His limping from hip arthritis has basically disappeared and his luxating patella issues have calmed down substantially. Rico (used) to be a slow walker, but now I have to pick up my step to keep up with him.”

Lisa Turk, president of the Pompano Beach-based non-profit Labrador retriever Rescue of Florida, said she has seen results after giving CBD oils to her own two dogs and three rescue dogs she fostered. One had severe separation anxiety and “took the place apart if I left him alone,” she said. “It was so bad my husband and I had to take turns leaving our home. It was the worst five months of our lives. We were prisoners to a foster dog.”

Used in combination with a strategy of getting the dog used to being alone for gradually increasing periods of time, the treatments calmed the dog to the point that it could be adopted and no longer has to be crated when left alone, Turk said.

Another dog had such severe thunderstorm fear, she had to take him into the shower stall and put a blanket over him to calm him down, she said. “I was worried the dog would have a heart attack,” she said. Now, a pre-storm CBD oil treatment keeps the dog calm, she said.

Andrew Turkell, a Boca Raton-based holistic veterinarian, said he sees promise in CBD use in combination with other treatments, particularly to treat pain, cancer, and separation anxiety.

But he cautions it’s not a miracle drug. Of about 100 pet owners who have tried it at his recommendation over the past couple of years, about half told him they saw no effects, he said. “I’ve seen it work in some cases and not work in similar cases. Everything is different.”

Cannabidiol derives its healing and pain-relieving powers by interacting with receptors that regulate a wide range of physiological and neurological functions, advocates say.

At some point since 1996, when legalization of medical marijuana in California triggered a cascade of legalization throughout the United States, humans who experimented with CBD for their own ailments decided to see if its perceived benefits could be replicated in their four-legged companions.

But the mainstream scientific community has not yet rendered its verdict, and no state or federal laws sanction its use for pets. Users are forced to experiment with dosage levels and take sellers at their word on purity and formulation.

Now, as states continue to legalize medicinal and recreational marijuana use for humans, research into effects on pets is beginning.

A larger study involving 60 dogs, funded by the American Kennel Club Canine Health Foundation, is ongoing at the university.

Another study, reported in July by Cornell University’s College of Veterinary Medicine, found that dogs with osteoarthritis experienced, on average, a significant decrease in pain and increase in activity after being given 2 mg of CBD oil twice daily.

So, would you be breaking the law if you buy one of these products now?

Sellers rely on disputed interpretations of federal law to defend their right to import, manufacture and sell CBD oils —and to convince customers that they won’t be in trouble for buying them. Put simply, they contend that as long as their CBD product contains less than 0.3 per cent THC, it is classified as hemp under federal law and thus legal to make, possess and sell. Many cite a provision of the 2014 Farm Bill, which legalized growing industrial hemp under state pilot programs or for industrial research.

However, a January 2018 warning from the American Veterinary Medical Association disputes that contention and warned veterinarians that despite its legalization for human medical use in more than half of U.S. states, marijuana remains a Schedule 1 Controlled Substance as defined by the Drug Enforcement Administration and illegal in any state for veterinarians to prescribe or recommend.

The statement asserts that THC, CBD and CBN are all found in the parts of the cannabis plant that fall within the definition of marijuana under the Controlled Substances Act (CSA), such as “the flowering tops, resin, and leaves of the marijuana plant.” Further, the statement said only trace amounts of cannabinoids are found in parts of the cannabis plant excluded from the CSA definition of marijuana, of which extracting is “not practical.”

Meanwhile, a July report by Vice.com quoted DEA spokesman Rusty Payne as saying, “Hemp is a made up word.” Payne told the website that CBDs remain a controlled substance, even if enforcement is not a DEA priority.

Enforced or not, the feds’ position prevents companies like King Kanine and Prana Pets from distributing CBD products in chain stores such as Pet Supermarket, or through popular internet retailers like Chewy.com or Amazon.com. That limits their distribution options to their own e-commerce sites, mom-and-pop pet stores, and holistic veterinarians like Turkell.

But sellers see hope on the horizon.

A Nov. 14 story in The Hill quoted Senate Majority Leader Mitch McConnell (R-Kentucky) pledging support for lifting the federal government’s ban on industrial hemp in a must-pass 2018 Farm Bill, while incoming House Rules Committee Chair Jim McGovern (D-Massachusetts) is quoted as pledging debates and votes on marijuana-related amendments, particularly those related to medical marijuana, when the Democrats take over the House next year.

If and when CBD for pets becomes fully licensed and legal, Solomon and Riman sees the major chains moving quickly to take over the sector. Solomon sees the most successful e-commerce sites being acquired by larger companies.

Riman said, “I think everything will be sorted out in the next three to five years. But that’s when the big companies will take over and government will start taxing the hell out of it.”

Boca Raton veterinarian Turkell sees uses for cannabis expanding as science unlocks more of its secrets. “As states allow the product to become much more readily available, we’re going to see more studies,” he said. “And we might see more uses than we can imagine at this time.” 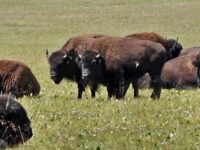 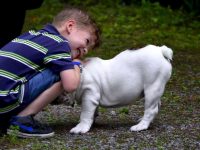