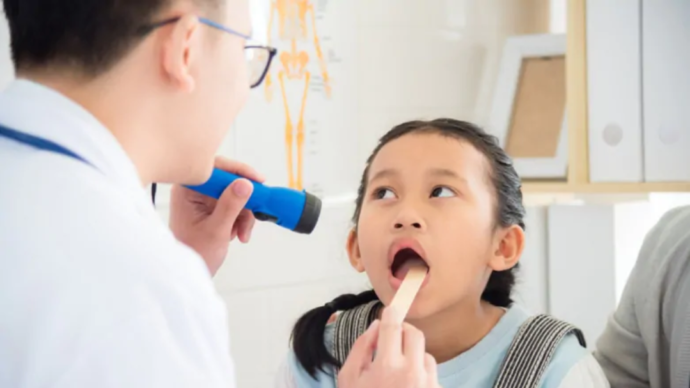 ‘Tis the season for colds, flu and sore throats. And anguishing over whether you — or your child — need to go to the doctor. Maybe it’s better to stay in bed — but what if it’s strep throat and antibiotics are required?

In three Canadian provinces (B.C., Alberta and Nova Scotia), you can walk into some pharmacies and get a rapid “point-of-care” strep throat test.

The pharmacist takes a throat swab, and within a few minutes, tells you whether it tested positive or negative for group A streptococcus — the bacteria that cause strep throat.

Now pharmacy owners want that test to be available across the country.

It’s a quick and easy way, they say, to confirm whether a sore throat is caused by strep bacteria or by a virus.

That’s important because only about a third of sore throats in children between five and 15 years old are caused by strep. The rest of the time it’s usually a virus, in which case antibiotics won’t do any good and shouldn’t be prescribed.

So if the test comes back positive for strep, the pharmacist will advise you to go to the doctor and get the appropriate prescription. In Alberta, you could get the antibiotic right away, as pharmacists have prescribing authority in that province.

If the test comes back negative, “you may just need fluid and rest, which a pharmacist could advise you on,” said Sandra Hanna, vice-president of pharmacy affairs for the Neighbourhood Pharmacy Association of Canada and a pharmacist in the Toronto area.

“In the majority of cases, an antibiotic … would not be required, because it’s a viral sore throat,” she said.

The test, which costs patients about $15, allows people “to determine whether they need to go to the doctor or not,” Hanna said.

That, in turn, could help prevent the unnecessary antibiotic prescriptions which contribute to antibiotic resistance, she said.

For all those reasons, the association, which represents pharmacies (including chains such as Shoppers Drug Mart and mass merchandisers with pharmacy services such as Costco and Walmart), says strep point-of-care testing should be available across the country, and is currently lobbying to start it in Ontario.

When it comes to kids, point-of-care tests (also called rapid antigen tests) shouldn’t be used on their own to rule out strep throat, said Dr. Jeffrey Pernica, head of the Division of Pediatric Infectious Disease at McMaster University in Hamilton, Ont.

“These tests that they’re talking about don’t work well enough to be reliable in children. And children are the ones who are the most at risk from complications of strep throat, like rheumatic fever. And they’re the ones who get strep throat the most,” he said.

When doctors suspect a patient has strep throat, they usually do a throat swab and send it off to a lab for a “throat culture test,” where the sample is left for a day or two to see if it grows into strep bacteria.

That’s the “gold standard diagnostic test” for strep throat, according to the U.S. Centers for Disease Control and Prevention.

Gubbay actually uses a point-of-care test in his clinic when he suspects a child has strep throat because he can get the result back in five or 10 minutes. If it’s positive, he can start antibiotic treatment right away.

But if it’s negative, he sends a sample to the lab for the culture test to make sure the point-of-care test wasn’t a false reading.

It’s important to make sure a strep diagnosis isn’t missed in children, Gubbay said, because although rare, it can progress into an invasive form of the disease or heighten the risk of rheumatic fever, which can damage the heart and joints.

“The sensitivity [of rapid tests] isn’t as good as we’d like,” he said.

So how reliable are they? It depends on who you ask.

The Neighbourhood Pharmacy Association says the point-of-care tests are accurate more than 90 per cent of the time. But both Gubbay and Pernica say that’s unlikely.

Although studies that show such high accuracy do exist (including those cited by test manufacturers themselves), the doctors say a broader look at the research puts the number closer to 70 per cent.

Dr. Lynora Saxinger, an infectious disease specialist at the University of Alberta, also questions whether point-of-care tests are as accurate as they claim to be.

“There are lots of tests that are licensed and the packages always tell you that they’re fantastic. In the real world, they vary a lot,” she said.

Both Saxinger and Gubbay also point out that diagnosing strep goes beyond the throat swab — regardless of how the results are processed, because physicians and nurse practitioners do complete physical exams. In many cases, they’re able to rule out strep throat without even doing a swab — a level of diagnosis they’re not sure all pharmacists are equipped to provide.

But Hanna said in the provinces where point-of-care tests are in place, pharmacists do have comprehensive conversations with patients — and also guard against missed strep diagnoses.

“Tests that show a negative result in patients where the pharmacist strongly suspected them of having strep throat, based on their symptoms, were referred to a physician for further evaluation,” she said.

The in-pharmacy tests could also save the health-care system money, the Neighbourhood Pharmacy Association says, citing a study published in the Canadian Pharmacists Journal in August. It concluded the pharmacy-based treatment saved an average of $12.47 to $24.36 per patient.

However, the study did not account for the fact that patients pay about $15 out-of-pocket for the strep test — and it was funded by Loblaw Companies Limited, which runs pharmacies and owns the Shoppers Drug Mart chain.

That raises questions for Pernica about how impartial the findings are.

Regardless, Pernica said he understand the appeal of the pharmacy-based tests for patients.

“Pharmacists will make a good point in saying that sometimes it’s hard to get in to see your doctor or nurse and it’s sometimes easier for people to access pharmacies. I completely agree with that,” he said.

But he’s not convinced there’s enough independent research to back up the claims that false negatives aren’t happening — or even that there’s a cost-saving to the health-care system.

“I’m not sure of the data yet,” said Pernica. “Will people actually get treated more appropriately faster? Will the overall costs be lower? I think these are answers we don’t have yet.”