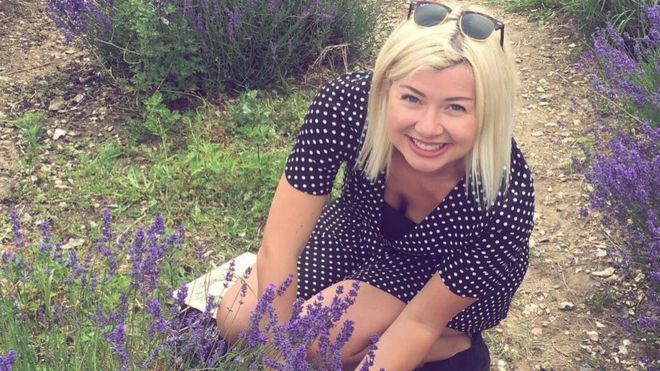 ‘I was in excruciating pain from excess iron’

For years, Katherine Hough, 27, suffered from a series of mystifying symptoms.

“I had unexplained stomach pains. Then when I got to university I began to faint frequently, my hair was falling out, I had severe joint pains and was constantly tired. My Mum thought it was down to my hectic student lifestyle.”

A visit to her GP and two blood tests for iron levels revealed that she was suffering from genetic haemochromatosis or GH – a genetic condition which causes iron to overload in the body.

Most of us think of iron as a strength-giver and worry more about iron deficiency. There is little awareness of the risks of iron overload, and confusingly some of the symptoms, like fatigue, can be the same.

Says Katherine: “I was very lucky to get a quick diagnosis. A lot of health professionals believe women do not show symptoms until much later in life, which can then lead to potential organ damage.

“In the last year, I have had about 30 hospital and health visits. Today I suffer from chronic fatigue, IBS, and joint pains in my knees, hands and elbows. The only treatment for this is venesection, where I have a pint of blood removed every few months.

“I do feel lucky that I was diagnosed young as it allows me to monitor my health. Some days I am in excruciating pain, other days I am fine. But there needs to be more awareness of this condition.”

What is genetic haemochromatosis?

‘The most common condition you’ve never heard of’

A recent report by the charity Haemochromatosis UK (HUK) surveyed 2,000 people with the condition worldwide.

It found that 73% of patients suffered with psychological difficulties, 81% experienced fatigue and 87% experienced arthritis or joint pain.

Although most were satisfied with their treatment by specialists, about a third highlighted that information and support from GPs was poor.

The report was launched at the House of Commons, where MPs, campaigners and patients gathered to help raise awareness of the condition.

Dr Edward Fitzsimons, consultant haematologist, University of Glasgow, said: “Haemochromatosis is one of the most frequent genetic disorders found in North European populations.

“Yet it is a condition that all too easily escapes diagnosis.

“For every one patient diagnosed, there are some eight to 10 who are undiagnosed.

“It is without doubt the most common condition you have never heard of.”

Abigail Harvey, 19, was diagnosed with haemochromatosis at just 15.

Up to that point she had suffered from severe period pain cramps and joint pain as well as depression. Aged 14 she was taken to hospital for attempting suicide.

“A lovely counsellor I was seeing suggested I get thorough blood tests.

“I had severe pains all over my body, and felt like an aching old lady rather than a young teen.

“Everyone around me thought I was anaemic, but it turned out I was suffering from too much iron.

“Many doctors I was seeing asked me to explain my condition! Why is it that so much is known about anaemia but not its evil cousin?”

Since diagnosis, Abigail has been treated with blood removal, with limited success.

“I can’t stress enough to ask your doctor to check your iron levels if you experience any of these symptoms,” she said.

“We cannot stress enough how important it is that healthcare professionals are as aware of iron overload as they are of iron deficiency, and test properly when patients describe these problems.”