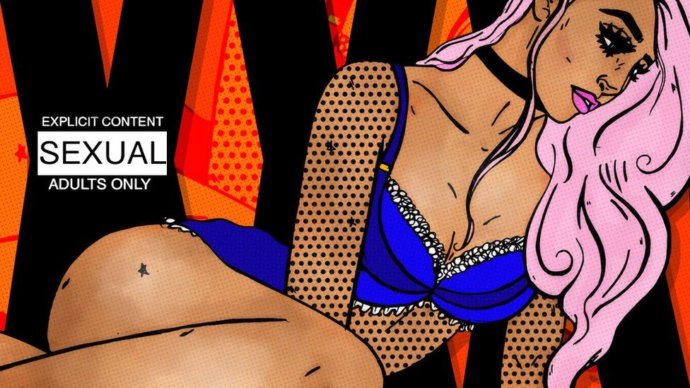 It’s a year since movie mogul Harvey Weinstein checked himself into a sex addiction clinic after the flood of rape and sexual harassment allegations that gave rise to the Me Too movement. The BBC’s Sangita Myska has been meeting people who say they’ve suffered from sex addiction, in order to understand whether it really exists, and if so, what it is.

Neila’s first job in the UK, after she arrived from Central Asia 15 years ago, was on the trading floor of a finance company dominated by what she describes as “alpha-males, earning million-pound bonuses”.

She was one of only two women on the team, and her male colleagues would sometimes try to provoke them by playing pornography on the big screens that should have been showing market data.

“I didn’t like it but I was at the start of my career, making my way in the city. It was good money and a glamorous job and I didn’t want to lose that,” she says.

But quickly Neila got hooked. Her upbringing in a socially conservative family where sex was never discussed left her “defenceless” she says.

She describes the process for me.

“It starts slowly. You get aroused. And then you just watch and simultaneously you switch on your equipment. All your senses are stimulated, watching something so exciting. Your mind goes elsewhere. You know it’s not going to stop until you press the button. You know you’re in control of it, of every aspect of your pleasure, and it gives you orgasms you just can’t have with another human being – and certainly not a man.

But to continue getting those guaranteed results, the type of pornography she was watching took a darker turn.

This was very uncomfortable for Neila, who began to worry that she was “a perv”, as she puts it.

This issue of shame is a big one for every person who believes they are a sex addict. Shame simultaneously makes them want to hide away and drives them further into their compulsion. “It’s a cocktail of arousal and shame,” Neila says.

“I would look through their shirts to see if they had a six-pack,” she says. “The average UK penis size wasn’t enough for me… but it’s not a good way to choose a life partner.”

She had a series of failed relationships, but it was the fact she felt compelled to watch films featuring violence against women to get a “high” that really began to terrify her.

“I had to ask myself, what’s next? Will I end up watching a snuff movie just to satisfy my addiction?” she says.

Neila left the City and re-trained as a counsellor. Now in her 40s, she specialises in treating other patients who believe they are sex addicts. She trained at the Laurel Centre in central London, one of only a handful of clinics in the UK providing specialist support of this kind.

To get it you have to pay, sometimes hundreds of pounds per hour, because the NHS doesn’t recognise sex addiction as a genuine condition. But it’s estimated that hundreds, if not thousands, of people seek treatment in the UK each year, the vast majority of them men.

Where to get help

In his 50s, tall and well-dressed in a crisp white shirt and jacket, Paul tells me his addiction began 30 years ago at university. He had a loving relationship with his girlfriend but one day, it seems, that wasn’t enough for him.

“I loved her, I really did but for whatever reason I went to see a prostitute,” he says. “I was desperate for a thrilling sexual encounter and I knew that this was something I shouldn’t be doing. I’d never be unfaithful to her with another girl but this felt like something different.”

Within weeks, his behaviour had changed completely.

“I had about six girlfriends on the go at the same time and I was seeing two or three sex workers a week. It’s almost like ordering a pizza in because I was hungry. I want something, I order it in, I forget about it.”

He says he knew something was very wrong. But just as he began considering whether or not to confide in someone, or even get help, he landed his first job in London – and found himself in an environment where this kind of behaviour was actually encouraged.

“Life was unbelievable. Flying around the world on Concorde, earning a lot of money, frequenting the lap-dancing bars of London – you find yourself going out for a sexual thrill with the people you work with,” Paul remembers. “So at this point [I’m thinking] ‘Maybe I haven’t got a problem, maybe I’m just a normal sort of guy?'”

Even then, a nagging doubt remained at the back of Paul’s mind.

He would go with colleagues on a “grand night out” to the lap-dancing bars – so-called because each spent £1,000 per night – on a Tuesday, perhaps, and maybe again on a Thursday. But Paul would be the only one going back on a Saturday.

Like Neila, Paul says he began to “chase the high”. So much so, that despite being heterosexual, for 10 years he also had sex with men.

“I switched completely from women to men. So all my physical acting out was with men. I can honestly say that I haven’t got one ounce of homosexuality in me. It’s really just seeking a higher thrill, that’s what it came down to. And throughout this whole period I had some very very nice girlfriends.”

Again, as with Neila, Paul says his behaviour was compulsive. If he wasn’t having sex, he craved it. And again it wasn’t reaching orgasm that was the goal – it was the set of behaviours around it that he was hooked on. Like Neila, he would stretch out the experience for hours at a time.

“The thrill is the build-up, the anticipation of what you’re going to be doing… the very last thing that you want to do is to ejaculate because at that point the whole process is over.”

His goal is to settle down with one woman.

“It’s a lonely disease… You get to the point where you realise that you’ve got a limited amount time on the planet. I’ve never had an enjoyable sexual relationship with someone I care for and love. That’s the one thing that’s been missing for 30 years.”

In June, the World Health Organization officially recognised what it calls Compulsive Sexual Behaviour Disorder in its international classification of diseases. Therapists I’ve spoken to say that even though this falls short of classifying the condition as an addiction, it may encourage the UK government to provide counselling services on the NHS.

In the last few weeks I have spoken to many other people who believe they are sex addicts, and I no longer believe it’s important whether the condition is called an addiction or not – because all of them clearly need help to solve a problem that is wrecking their lives.

When it comes to Weinstein, and the suspicion that checking into a sex addiction clinic could signal an attempt to dodge responsibility for his behaviour, the people I’ve spoken to understood the difference between consensual sex and rape even at the height of their compulsive behaviour. None, as far as I know, has committed a crime. In my view, sex addicts primarily hurt themselves and their partners – sex predators abuse victims and attempt to disguise it.

You can hear Sangita Myska’s documentary, Addicted to Sex on BBC Radio 4 on 5 November at 20:00, repeated on 7 November at 11:00. To listen to the full and very frank conversations Sangita recorded for the programme, download the Addicted to Sex podcast (produced by Sarah Shebbeare) here, or wherever you normally download your podcasts.