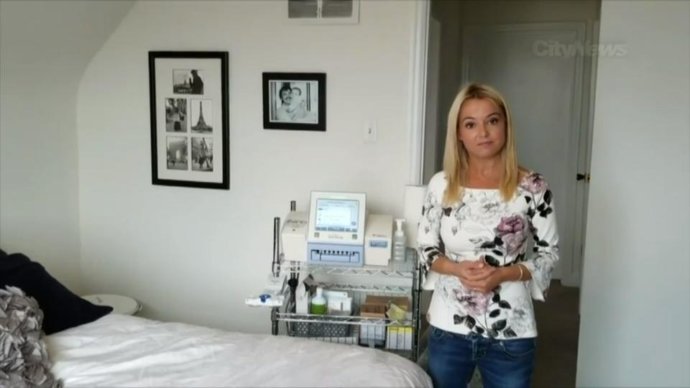 I have end-stage kidney disease. It’s not a certain death sentence, but it is a life-altering diagnosis. Like thousands of others in Ontario, I am now waiting on an organ donor. If I’m lucky, one of my family members or friends may be a match. But if not, I’ll be waiting on the organ donor list. Right now, the wait time in this province is, on average, four years.

People often ask me how I didn’t catch my illness sooner. The answer is simple. Although my particular strain of the disease is a rare hereditary disorder, I had been monitored since birth and nobody thought I would actually develop the disease.

But last winter, I started feeling really drained. I was exhausted all the time. Then I developed insomnia, in part because my legs would cramp or feel restless, leading to exhaustion that made it tougher to focus. Then I started getting itchy — severely itchy. I would scratch until I bled, but I chalked that up to dry winter skin. It wasn’t until I checked my blood pressure at a grocery store and realized I was in the stroke zone that I went to see my physician.

She was surprised by my numbers and prescribed me blood pressure medications and ordered blood work. The next week, while at work covering a story, I got a call from the physician’s office. The results were in and they wanted me to go to an emergency room immediately. I did. The nurses were shocked by my creatinine numbers, which indicate the amount of toxins in my blood. Healthy levels vary by age, race, size and gender, but a woman of my age and weight should have around 85. I was over 800. Everybody I saw at the hospital told me I wouldn’t be leaving anytime soon and that I would likely be starting dialysis immediately. My kidney function was only between six and eight per cent.

I was mortified. I recalled my father’s difficult experiences with dialysis and his years of fatigue, illness, and sudden weight gain. I remembered him spending days in bed, too tired to get up. That cycle continued for four years, until a hero who signed their organ donor card gave my father a kidney. I believed that was my future and, I’ll admit, I cried hard.

But I was lucky. I met a great kidney specialist at Brampton Civic Hospital: Dr. Bajinder Reen. He and his team at the Kidney Care Clinic helped keep me off of dialysis for six months. Dr. Reen, along with a dietitian, nurses, social workers and pharmacists set me out on a sound regimen. I wasn’t surprised that I could no longer drink Diet Coke or indulge in a chocolate bar, but even seemingly healthy food options were off the table too. Whole grain bread, pasta and cheese were off my menu. My dietary life quickly became very restricted and at times it felt like I was swallowing more supplements and vitamins than actual food.

But the clinic team kept me positive. They also went to great lengths to explain my condition to me, to go through the results of all the many tests I took, and to help me navigate the complex world of organ donation. They also took great pains to prepare me for the decisions that lay ahead. I had three choices: peritoneal dialysis, which uses the stomach’s own lining to help filter toxins, hemodialysis, which involves filtering toxins through the blood stream, or doing nothing and waiting to succumb to my illness.

Ultimately, I chose peritoneal dialysis — in part because my family and I hope that one of my relatives will be a match for a living donation and I won’t need to be on dialysis for several years. I didn’t make the decision lightly; choosing this therapy meant I had to have surgery to have a catheter inserted in my abdomen. I had surgery to install the catheter in August, and it will likely be there for years.

I know I need the catheter to survive, but frankly, I was and am still very concerned about how having a tube hanging from my stomach will affect how I’m received as I try to go about my daily life. When my newsroom team and I were putting together my story for CityNews, our editorial team decided to put a “graphic warning” in my story to caution viewers about the sight of my body. It can be pretty tough to feel great about yourself when an image of your torso needs a warning.

But I am grateful for that tube. It connects me to a machine every night for about nine hours, which lets me survive. Peritoneal dialysis works by pouring dialysis solution into your peritoneal cavity, an area near your abdomen. The liquid stays there for a little over an hour, soaking up some of the excess water and toxins in my body. Then it drains out toxins, such as creatinine and urea, but also good things, such as potassium. My body goes through six cycles of this every night.

Dialysis is helping me get back my life: I have much more energy, although I’m still exhausted every day well before dinnertime. There have been other adjustments too: medical supplies take up nearly a whole room in my condo, and I’ve had to learn how to do a lot of self-monitoring, including checking my blood pressure at least four times a day. My whole life revolves around making sure I’m in bed and hooked up to the machine by 10 o’clock or earlier every evening, so no late-night movies or parties for me.

This is my routine until I get a transplant. My mother is going through the process to try and give me her kidney, but she may not be a suitable candidate. Ditto for several other friends and family members who have offered their own kidneys. In which case, I’ll be one of the thousands waiting on the organ donor list.

As of October, there were more than 1,600 Ontarians waiting on the organ donation list, according to the Trillium Gift of Life Network. Every three days, one person dies while waiting for an organ, yet only 33 per cent of eligible Ontarians have signed up to be donor. It’s a low turnout, when you consider a single donor can save more than eight lives.

If you’re interested in becoming a donor, please head to beadonor.ca. And if you haven’t registered, you can join my campaign to save more lives here.