Is there any connection between migraine and cardiovascular pathology?

Many will be surprised since these pathologies do not seem to be related at all, but experienced doctors have been paying attention to the fact that there is a clear correlation between the cases of chronic recurrent migraine and the risk of developing cardiovascular diseases. This clinical bundle is especially common in middle-aged and older women.

The scientific confirmation of this hypothesis was difficult due to the need for a large-scale clinical experiment involving a large number of patients and a wide range of various medical institutions.

Not so long ago, in January 2018, the scientific journal The BMJ published the results of an extensive clinical study performed by the staff of Stanford University (USA) and the Aarhus University Clinic (Denmark), which showed that women are 3—4 times more often diagnosed with a migraine with a throbbing headache than men. Also, the results indicated that patients with migraine had an increased risk of cerebrovascular accident and dangerous complications of cardiovascular diseases (such as an acute attack of angina or myocardial infarction).

Another team of scientists from Germany and the United States analyzed the data of more than 115,000 women aged 25 to 42 who participated in one of the largest (in the history of modern world healthcare) nationwide survey “Nurses Health Study 2” that took place from 1989 to 2011.

Even after full data correction based on such factors as smoking, age, menopause and long-term hormone therapy, doctors noted that women with migraine have a high risk of developing not only cardiovascular diseases but also severe attacks of angina or cerebrovascular accident.

According to the author of the study Tobias Kurth, a researcher at the Institute of Public Health of Germany, migraine should be considered one of the most important risk markers for the development of cardiovascular diseases, especially in women.

Summarizing the data, the researchers found that the likelihood of cardiovascular disease was 50% higher in women with migraine compared with patients who did not suffer from frequent headaches. In addition, the research team noted that migraine is connected to the increased risk of premature death due to sudden deterioration of cardiovascular disease.

In this regard, development of an effective strategy for the prevention of cardiovascular diseases in patients with migraine became an urgent issue.

The Canadian company Mineral Medix was one of the first in the pharmaceutical industry to offer a comprehensive remedy called CARDIOguard+ that can become an important element of the new therapeutic strategy aimed at suppression the symptoms of migraine, but also at support of the cardiovascular system.

The three-component formula of CARDIOguard+ is based on a high dose of the most important coenzyme Q-10. Each capsule contains 300 mg of this fat-soluble coenzyme needed for the functioning of all body tissues with a high level of energy metabolism. The highest concentration of coenzyme Q-10 is found in the heart muscle cells.

The other two components of the CARDIOguard+ formula are GABA (gamma aminobutyric acid) 100 mg and resveratrol (natural phytoalexin) 50 mg in each capsule.

GABA or gamma aminobutyric acid is an organic compound, a non-proteinogenic amino acid, which is the most important inhibitory neurotransmitter of the central nervous system. GABA de-energizes and has a general sedative and relaxing effect. It affects the CNS like weak tranquilizers, but unlike them, GABA is not addictive and as a natural component, has a gentle effect.

Resveratrol is a natural phytoalexin secreted by some plants as a protection against parasites (such as bacteria or fungi). According to a number of studies, resveratrol can have a powerful antioxidant effect with neuroprotective and cardioprotective focus. There is also data (a study by Howitz and Sinclair in 2003) indicating that resveratrol positively affects the lifespan of some of the organisms studied.

In sum, all three active components of the CARDIOguard+ formula maintain the normal functional activity of the cardiovascular system, as well as reduce the pain and concomitant symptoms of migraine.

Capsules CARDIOguard+ that are recommended for taking once a day, will be convenient for people leading an active life and aspiring to avoid drugs when possible.

CARDIOguard+ natural complex from Mineral Medix is a new natural remedy for migraine pain symptoms and prevention of cardiovascular diseases created in the wake of the most advanced scientific research in the medical field. 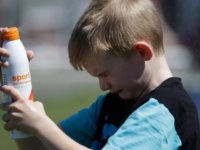