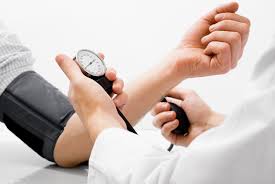 A new study by Canadian researchers linking a widely used class of blood pressure medications to a slightly increased chance of lung cancer highlights the balance doctors must achieve in evaluating risks versus benefits — and then communicating them clearly to their patients so they can make the best decisions for their health.

The study, published in the BMJ (formerly known at the British Medical Journal), focused on ACE inhibitors, which have been prescribed for decades to millions of patients to treat high blood pressure. ACE (angiotensin converting enzyme) inhibitors work by stopping the production of the angiotensin hormone, which can constrict blood vessels.

Some researchers have long suspected there might also be an associated risk of lung cancer.

Udell and his fellow researchers wanted a more definitive answer, so they looked at almost one million patients in the U.K. who were treated with anti-hypertension drugs, including ACE inhibitors and their “cousin” class of drugs, called angiotensin receptor blockers (ARBs). The two classes of drugs work in slightly different ways, but both block the blood vessel-constricting effects of angiotensin.

The study found a small but statistically significant association between taking ACE inhibitors and developing lung cancer. To put the risk into context, Udell said, they saw four cases of lung cancer per 1,000 patients followed for 10 years.

There was no observed association with lung cancer among those taking ARBs.

The results are worth considering, Udell said, because current Canadian cardiovascular guidelines effectively take a “dealer’s choice” approach to whether doctors should prescribe ACE inhibitors or ARBs.

“Although the doses need to sometimes be modified because the molecules are a little bit different, you can essentially interchange these with very little or any side-effects,” Udell said.

Udell says he has patients on ACE inhibitors who have already contacted him about the study, and he stressed that there is no need to panic — the next time they come in for an appointment they can discuss whether switching medications is appropriate.

“On an individual basis we’re talking about such a small increase in risk,” he said. “We’ve got a while that we can sort this out.”

But another cardiologist who works with Udell  — but was not involved in the study — isn’t sure the findings warrant changing his patients’ blood pressure medication.

“I don’t know if I’m convinced as of yet,” said Dr. Sacha Bhatia. “You really have to, as a clinician, weigh the risks and benefits.”

Bhatia would like to see more investigation to address some of the limitations of the study, he said — including whether other factors could have contributed to the lung cancer risk, such as frequency of smoking.

(The researchers did factor in whether patients were smokers or non-smokers, but Bhatia said there’s a continuum to consider between someone who never smoked and someone who is a regular smoker.)

In addition, although many experts consider ARBs and ACE inhibitors to be equivalent, Bhatia said, he believes ACE inhibitors are still the best choice when it comes to issues beyond blood pressure, including preventing heart attacks or heart failure in patients who have reduced cardiovascular function.

What he worries most about, Bhatia said, is that “patients are going to get super-scared and they’re going to say, ‘Well … is this drug going to cause cancer?’ And I think what we would say is … the absolute risk, in fact, is very, very small.

“There is a reason that these patients are on these drugs in the first place, which is that they actually prevent them from having really bad [cardiovascular] outcomes.”

Illustrate risk in a meaningful way

Helping patients make sense of medical studies like this one, and putting risks and benefits into perspective, requires doctors to evaluate complex research statistics and distil them into useful information, said Dr. Kimberly Wintemute, a family physician at Toronto’s North York General Hospital.

That can mean translating often-misleading “relative risk” percentages into absolute numbers, said Wintemute, who is also co-lead of Choosing Wisely Canada — an organization that helps equip patients and their doctors to have informed conversations about medications.. Describing the risk of developing lung cancer as four in 1,000 people over 10 years in the ACE inhibitor study is an example of that. Showing the risk to a patient in a graphic (e.g., an illustration of how many individuals in a theatre full of people might be affected) is another way to do it.

Even though the cancer risk found in this study is very small, Wintemute will likely discuss it with her patients that are on ACE inhibitors because “it’s not for me to decide if that difference means something to my patient.”

“If I had a 90-year-old patient, maybe they would say to me, ‘Look, I’m good on this medication. I feel good. I don’t have any symptoms … I don’t want to start, you know, tinkering now. And I would say I respect that.

“But there might be a patient who’s in their 40s and says, ‘You know, that information scares me. I want the other medication,'” she said.

“My duty …  is to give them the information in a way that’s easy to understand,” she said. “Which means first I have to understand it and then I have to present it in an understandable way.”