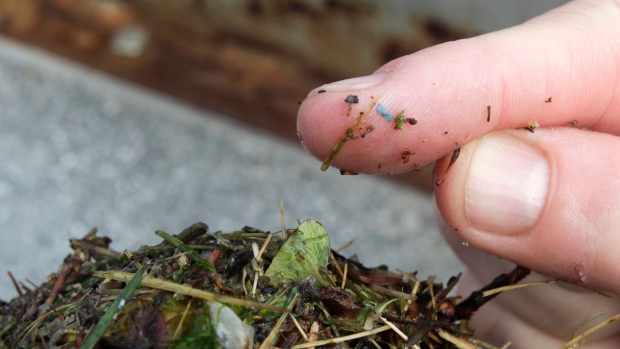 Evidence of microplastics in human gut, but health impacts unclear

In the first study of its kind, researchers say they have found evidence of tiny plastic particles in the human gut.

Austrian researchers analyzed stool samples of eight people from different countries and found that all of them tested positive for at least one microplastic. On average, there were 20 microplastic particles found per 10 grams of stool.

In total, nine of 10 distinct types of microplastics were identified in the samples. All participants’ feces contained traces of polyethylene terephthalate and polypropylene, which are commonly used in plastic drinking bottles and their lids. These two microplastics combined to make up nearly 80 per cent of the total microplastic level found in the eight subjects.

The individuals recruited for the study live in Finland, the Netherlands, Poland, the United Kingdom, Austria, Italy, Russia and Japan. They all shipped their stool samples to Vienna.

Participants were also told to adhere to a certain diet for several days, and asked about their diet and their use of cosmetics, chewing gum and alcohol.

The research was conducted by the Medical University of Vienna and the Environment Agency Austria. It was presented this week at a gastroenterology conference in Vienna.

The researchers noted that their sample size was small, which could limit the usefulness of their results. They plan to seek funding to conduct a larger-scale study.

One Canadian expert said the findings should not be considered surprising given previous research showing microplastic contamination in the food chain.

“The mismanagement of our waste has truly come back to haunt us on our dinner plates.”

The particles likely came from some combination of plastic packaging contamination and the consumption of fish and seafood. Sea creatures ingest some microplastics which are deposited in the Earth’s waterways by humans. All eight of the participants reported consuming plastic-wrapped food during the study period, while six of the eight said they had consumed seafood.

Not clear from the study is what the presence of microplastics in the gut means for human health. Previous studies involving animals have shown that microplastics can damage intestines and enter bloodstreams. Another study showed that oysters exposed to microplastics lay fewer eggs and see fewer of the eggs they do lay hatch.

While the research does show that at least some microplastics work their way through the human digestive system, Rochman cautions that there is no proof other microplastics aren’t moving from the gut to other parts of the body.

“Is anything moving out from our gut into our organs, our tissues, our bloodstream? That’s another question that we just don’t know,” she said.

It is estimated that, globally, between two and five per cent of all plastics end up in the water.

“Most people are going to be shocked at the idea of thinking there is plastic inside them,” Keith Brooks, program director of Environmental Defence, told CTV News.

Brooks described Canada’s record on recycling plastics as “abysmal,” saying only 11 per cent of plastics used in the country are recycled properly.

“The rest ends up in the landfill and the environment,” he said.

Rochman said the Austrian study should get people thinking about actions they and their governments are taking around plastic disposal.

“The solutions to plastic pollution, while they’re big and daunting, we know what they are and they’re not that hard,” she said.

“Every single person can actually make a difference.”

That difference can be made by reducing use of single-use plastic items and prioritizing the use of items that can be recycled and composted, among other actions, Rochman said.

“Then we have to figure out how we can clean up the plastic that’s out there.”
Source: https://www.ctvnews.ca/health/study-finds-evidence-of-microplastics-in-human-gut
Photo: AP Photo/Ted S. Warren