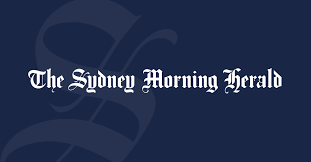 Discovery of genetic disease gives hope to patients without diagnosis

Every day Ferah Aad can see the multiple signs and symptoms of her son Patrick’s genetic disorder. But despite years of tests, she still does not know exactly what he has. Doctors are mystified.

Patrick, 14, has a rare matrix of health problems, including an intellectual disability, spina bifida and microcephaly, which has caused his head to be smaller than normal.

“There’s some type of genetic syndrome, but we don’t have a name. We are doing genome sequencing,” she said.

“For me, I worry about the future. When other health problems pop up, like sleep apnoea, I wonder whether it’s related to this syndrome, but we don’t know.”

But every time researchers discover a new genetic disease, even if it’s unrelated, it gives them hope.

Australian National University (ANU) researchers have discovered a yet-to-be-named immunological disease, the genetic cause and the mechanism that explains how the genetic variation leads to the illness.

In a study published in the latest Journal of Experimental Medicine, Australian and Japanese researchers said the syndrome is characterised by immune deficiency, where patients suffer recurrent infections, especially chest infections, as well as inflammatory diseases of the skin, lymph nodes and the spleen.

Meanwhile, their counterparts in Japan identified the same disease in a second family with the same genetic variant.

“The fact we can now sequence the human genome relatively easily has transformed our understanding of genetic disease,” Professor Matthew Cook said.

In order to confirm that the right gene was responsible, they used a gene editing tool called CRISPR-Cas9 to mimic the suspected gene variant in mice, to see if the mice would experience the same symptoms.

Using this tool, a new syndrome was discovered in two patients, carrying an identical mutation in a gene called IKBKB.

It is hoped the same model will be able to be used to discover more rare syndromes in the future – and also to test possible treatments by using the mice whose genes have been edited to mimic the same disorder.

“Patients can now get some certainty, which makes a big difference to people, and we can use the process again and again,” he said.

Heather Renton, founder of Syndromes Without A Name (SWAN), welcomed the research, saying such discoveries led to more diagnosis, certainty for patients and their families, and effective treatment plans.

“Developments like this allows SWAN families, who usually feel isolation and anxiety, to prepare for the future and figure out whether they want more children,” she said.

“My daughter had nine years without a diagnosis and she was diagnosed with a condition that was only discovered five years ago.

“They’ve since discovered a 26-year-old with the same condition who I’ve been able to connect with for support.”

Professor Martin Delatycki, clinical director of the Victorian Clinical Genetics Services, said for some groups of children they were able to find a genetic cause to unknown conditions about half of the time.

In other cases where symptoms might not be as prominent, the diagnostic rate was even lower.

“For many families it is incredibly frustrating,” Professor Delatycki said.

Ms Aad, from Moorebank, called for more research funding and support for children living without a diagnosis.

“We need to raise more awareness, there are thousands of syndromes without a name,” she said.