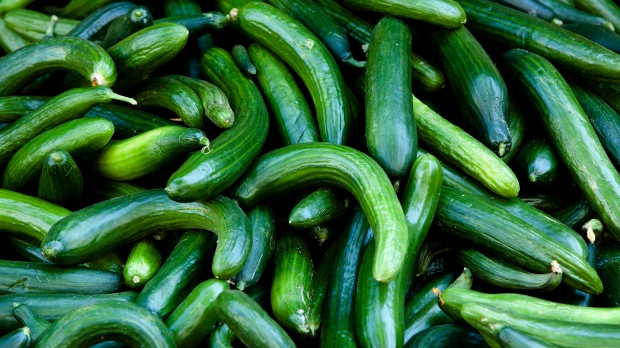 Salmonella outbreak in 5 provinces may be linked to cucumbers

The Public Health Agency of Canada says an investigation is underway into an outbreak of salmonella infections involving five provinces, mostly in western Canada.

The agency says on its website that the source of the outbreak has not been identified yet, although many of the people who became sick reported eating cucumbers.

It says that as of Friday, there have been 37 confirmed cases in British Columbia, five in Alberta, and one case each in Saskatchewan, Manitoba and Quebec.

The person from Quebec reported travelling to British Columbia before becoming ill, the agency says.

The cases occurred between mid-June and late-September, and nine people have been hospitalized.

The agency says it’s collaborating with provincial public health partners, the Canadian Food Inspection Agency and Health Canada as part of the investigation.

“The outbreak appears to be ongoing, as illnesses continue to be reported,” the statement on the Public health Agency of Canada website said.

No deaths have been reported.

The agency said there is no evidence at this time to suggest that residents in central and eastern Canada are affected by this outbreak.