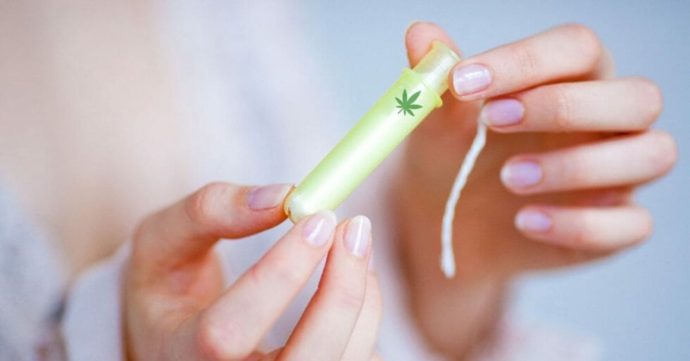 400 women will use ‘weed tampons’ for Harvard cannabis study

They cost about $11 and contain 60mg of THC, the main psychoactive component of marijuana, and 10mg of CBD.

Women have long used marijuana to alleviate the pain and stress of periods, though there’s only anecdotal evidence showing the remedy actually works. An upcoming study hopes to change that by examining the potential benefits of “weed tampons,” more accurately called marijuana suppositories.

What are marijuana suppositories?

Unlike traditional tampons that absorb menstrual blood, marijuana suppositories are designed only to help ease stress and pain from cramps, and therefore are seen as a replacement for conventional over-the-counter medications and narcotics. These suppositories have been on the market for years, though they’ve only been readily available in states where recreational marijuana is legal.

One suppository seller, California-based marijuana startup Foria Wellness, which also offers cannabis-infused lubricant, sprays and vaporizer pens, sells a vaginal suppository product called Relief. Each suppository costs about $11 and contains 60mg of THC, the main psychoactive component of marijuana, and 10mg of CBD, a non-psychoactive cannabinoid known for its pain-killing properties. The product has “minimal psychoactive effects,” according to Foria.

Relief, which can be used alongside a traditional tampon, is made out of cocoa butter and dissolves shortly after insertion.

“Extremely easy to insert, I used a tampon applicator. The suppository looks like a mini missle and It smells like cookie dough and cocoa butter. After 20 minutes I begin feeling a lower sensation. It was very nice and relaxing. It relieved some pressure in my lower back, especially while laying on my stomach.”

“I was visiting Colorado and in severe pain when someone suggested that I visit a dispensary and look for these. WOW! Literally saved my life. It was the first time in 7 years the muscles of my pelvis actually relaxed. The cramping after an hour was hardly noticeable and although TMI I was able to eliminate in a less painful way. These need to be LEGAL everywhere as they really are a medical intervention.”

The largely positive response to marijuana suppositories like Relief helped inspire one Harvard researcher to pursue a first-of-its-kind study on the unconventional remedy.

An observational study on marijuana suppositories

Staci Gruber, a professor of psychiatry at Harvard Medical School and the director of the Cognitive and Clinical Neuroimaging Core and the Marijuana Investigations for Neuroscientific Discovery program, plans to conduct an observational survey of 400 women who will administer Foria’s Relief suppositories over the course of a few months. The women will record their menstrual symptoms in an attempt to see if any correlative patterns emerge among the participants.

“What we’re looking to do is take anecdotal information and turn it into data,” Gruber told Business Insider, adding that the observational study, which will be funded by Foria and Flow Kana, is a first step and that a clinical trial would be the “holy grail”.

However, studying marijuana treatments in clinical trials can be a long and difficult process because marijuana is still considered a Schedule 1 drug by the federal government. And though it’d be easier, from a legal perspective, for companies to sell (or pursue the study of) products containing only CBD (marijuana’s non-psychoactive component), Foria CEO Mathew Gerson told Business Insider that the power of his products lies in the interactions between marijuana’s multiple active compounds, a phenomenon known as the “entourage effect”.

“We now know that the minute you break this plant apart into its component parts, you lose some of the magic,” Gerson said. “And that sounds like hippie speak—but this is proven out again and again in study after study that the entourage effect as we understand it is real.”