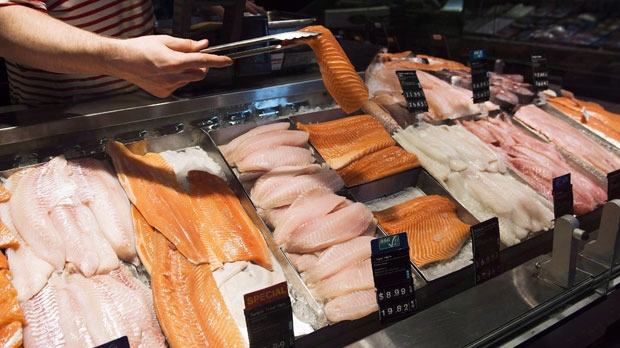 A new investigation into seafood fraud in Canada found 44 per cent of nearly 400 fish samples tested from retailers and restaurants in five Canadian cities were not what the label claimed.

It’s harder to misrepresent whole fish than fillets as many white, flaky fish, for example, look similar after they’re filleted, according to the report.

Fishmonger Hana Nelson suggests frequenting smaller, independent fishmongers and restaurants that have a strong reputation in the community.

Consumers can look for companies that participate in voluntary traceability systems, like one run by the Marine Stewardship Council, according to the report.

When purchasing or ordering seafood, it’s OK to ask questions like the species of fish and how it was caught, said Levin.

“If the person at the restaurant or the person behind the counter has no idea what species (it) is, no idea where it came from and no idea how it was caught, that should raise alarm flags,” she said.

Chef Brad Long, who owns Cafe Belong in Toronto and was briefed on the study’s findings before they were made public, said employees should eventually realize it’s their responsibility to provide answers if enough consumers demand them.

Be wary of deals

Oceana Canada warns that if a price appears surprisingly low, the deal is probably too good to be true.

It helps to know when favoured seafood is in season, according to the report, as it’s more likely to come across fraudulent products during the off-season.