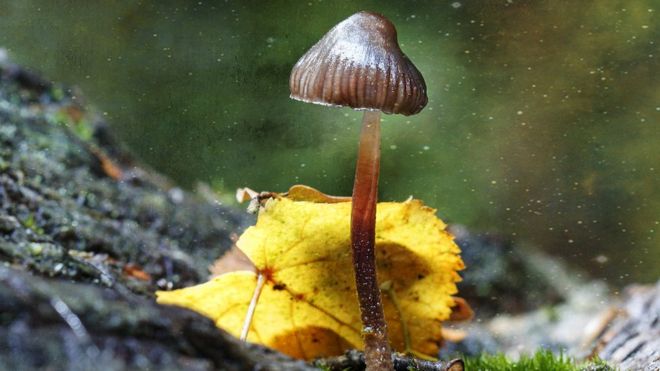 Think of magic mushrooms and LSD and it’s likely that science is not the first thing that springs to mind.

Psychedelic drugs are more likely to be associated with hippies and the counterculture of the 1960s than people in white lab coats and clinical trials.

Increasingly, scientists are looking at whether these mind-altering drugs – which also include mescaline and DMT among others – might also have the potential to be mind-healing.

A number of small studies have found psychedelics to show promise in treating mental health disorders like depression, addiction and post-traumatic stress disorder, often where other treatments have failed.

Now UK researchers are about to take part in the first major trials into whether one of these hallucinogenic drugs could be more effective than a leading antidepressant in the treatment of depression.

“[Psychedelics] have a revolutionary potential, and that’s not an exaggeration,” says Dr Robin Carhart-Harris, who will lead the study.

But it is not the first time scientists have been excited about these mind-bending substances.

More than 50 years ago they rapidly came to scientific attention, before research in the field came to a sudden halt.

Rise and fall of psychedelics

During the 1950s and 60s psychedelics were considered to be a promising potential treatment for numerous mental health disorders, with more than 1,000 studies taking place.

But the drugs quickly became controversial.

Popularised by musicians and other celebrities, the recreational use of psychedelics, and particularly LSD, spread during the 1960s as they became increasingly associated with the countercultural movements of the time.

Press coverage of the drugs often focused on bad trips and the supposed moral degeneracy they induced rather than developments in the scientific field.

Some scientists – notably former Harvard psychologist Timothy Leary – became evangelical about the benefits of the drugs, blurring the boundaries between science and advocacy.

Amid fears about their safety and a growing moral panic, psychedelic drugs were made illegal in the US in 1968.

A further UN convention on the drugs in 1971 effectively ended scientific research, because it led member states to make them illegal and classify them as Schedule 1 drugs – those deemed to have no medicinal benefit.

For decades, research dried up as scientists moved into other areas, not least the study of antidepressants.

With special government approval needed for such studies, many scientists turned their attention to the magic mushroom compound psilocybin, a drug that is similar to LSD but without much of the controversy.

Several pioneering studies into psychedelics were carried out during the 1990s.

But it was not until the mid-2000s that the drugs underwent a scientific renaissance, in part because of the work carried out at Johns Hopkins University in the US.

Studies from the university found that psilocybin reduced depression in 80% of patients with life-threatening cancer and, separately, were much more effective at getting people to quit smoking than current treatments when combined with cognitive behavioural therapy.

In 2009, Dr Carhart-Harris became the first UK scientist in more than 40 years to research psychedelics, beginning a series of studies using scanners to see how psilocybin affects the brain.

Among other findings, a study from his team last year found that psilocybin can “reset” the brains of people with untreatable depression.

The paper, published in the journal Scientific Reports, showed psilocybin affected two areas of the brain: The amygdala, which is heavily involved in how we process emotions such as fear and anxiety, and the default-mode network – a collaboration of different brain regions.

How psilocybin affects the brain is not yet fully understood, but Dr Carhart-Harris believes it effectively “heats up” the mind from its rigidity, enabling people to overcome ingrained, self-destructive patterns of thinking.

With support from a therapist, those who have undergone the treatment can then “recalibrate in a healthier way, so you’re revising your beliefs and assumptions and addictions”, Dr Carhart-Harris says.

But psychedelics are not without risks.

While psilocybin is not thought to be toxic for the body, bad trips can be frightening and can potentially cause people to come to harm because of a loss of control.

They can also exacerbate underlying mental health problems and may lead to psychotic reactions in people who are already predisposed to them.

There are also differences between using the drugs recreationally and in the safety of a scientific trial.

Scientists use pure, medical-grade drugs, offer guidance and support with the experience and exclude people at risk of a psychotic reaction.

And the studies so far have tended to be small and short, without placebo groups to account for the placebo effect.

Dr James Rucker, a clinical lecturer at the Institute of Psychiatry at King’s College London, is due to begin trials to improve the evidence around whether psilocybin is safe.

It is an essential step if the drug is ever to be licensed and prescribed by doctors.

But even if the trials show psilocybin is safe and effective, Dr Rucker says it is likely to take a minimum of five years and probably longer before psilocybin could be licensed for use.

The process for getting drugs approved is notoriously slow, expensive and bureaucratic, he says.

‘Strings to the bow’

So could psychedelics prove to be a breakthrough treatment, capable of transforming mental health?

Dr Carhart-Harris acknowledges that even if bigger trials confirm psychedelics are effective, they are not going to be for everyone.

“Some people won’t want to go to the depths of their soul or face demons or traumas they’ve experienced, or dark aspects of the human condition that are there in all of us,” he says.

Dr Rucker says no treatment in psychiatry is helpful for everyone.

“It’s about strings to the bow, and it’s about having a range of things you can offer,” he says.