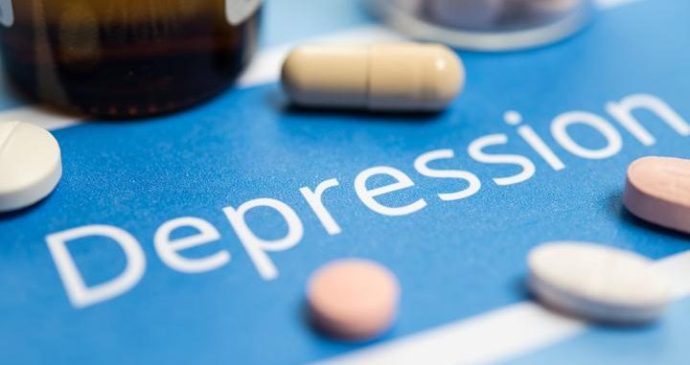 Pay more attention to depression as a side-effect of many medications, researchers say

A new U.S. study serves as a “very important reminder” that depression is a possible side-effect of many common medications, especially when patients are taking more than one of them, the Canadian Pharmacists Association says.

“I think it’s something that we don’t always think about,” said Phil Emberley, the association’s director of practice advancement and research, and a pharmacist in Ottawa.

A team of researchers from the University of Illinois at Chicago and Columbia University in New York — including a pharmacist and and psychiatrist — looked at data gathered from more than 26,000 adults in a national health survey conducted from 2005-2006 and from 2013-2014.

The researchers catalogued what medications their subjects were taking at the time, as well as how many depressive symptoms they displayed (based on a self-reporting tool commonly used for diagnosing depression).

They found about one-third of the people in the study were taking at least one medication for which depression is listed as a potential side-effect. Those drugs include some types of blood pressure medications, beta blockers, birth control pills, proton pump inhibitors, anticonvulsants, painkillers and corticosteroids.

When taken alone, depression may be a rare side-effect for some of these medications, said lead author Dima Qato, an assistant professor at University of Illinois at Chicago College of Pharmacy. What’s concerning, she said, is the fact that many people take two or more of them — because her findings suggest that the risk of depression increases with multiple medications.

“People are taking a lot of drugs and a lot of these meds have depression as an adverse effect,” Qato said. “One to two per cent risk of depression, perhaps, for most of these medications, but when they’re taken together in a real-world setting, it really matters.”

According to the study, which was published in the Journal of the American Medical Association (JAMA), about five per cent of people not taking any of the medications had symptoms of depression, compared to seven per cent of those who were taking one of them. Those percentages are close to the overall rates of depression in the U.S.

But the rate of depression rose to nine per cent for people who were taking two or more of the drugs and 15 per cent among those taking three or more.

“That’s concerning,” Qato said, noting that health-care providers may have no idea that they could be compounding the risk.

For example, a cardiologist might prescribe a beta blocker or blood pressure medication to a patient and believe their risk of depression is low, she said.

“[But] they won’t know that they’re on a proton pump inhibitor, or on some painkillers, or antihistamines, or birth control pills or hormone replacement therapy,” Qato said. “All these other common drugs that we found when they’re used together, really heighten the risk of depressive symptoms. And I think that’s what’s important for physicians to know.”

One of the limitations of the study, however, is the fact that there is no way to determine causality. The data can indicate that someone might have had depression at the same time they were taking certain medications, but can’t prove whether or not they already had it or developed it afterward.

That’s a big problem, said Dr. David Gratzer, a psychiatrist at the Centre for Addiction and Mental Health in Toronto.

“We need to be very cautious about how we’re interpreting these results,” he said.

For example, the people most likely to be using the medications with depression as a potential side-effect were women over 65 with a higher number of chronic illnesses. They were also more likely to be widowed.

That demographic is also more likely to suffer from depression, which leads Gratzer to be skeptical about whether medication side-effects have anything to do with it.

“We know that people who are physically less well are much more susceptible to develop depression,” he said. “So as an example, somebody who’s had cancer treatment, who has arthritis, is just naturally going to be on more medications for physical health reasons and at the same time, is much more likely to have a depression on top of that.”

“The study doesn’t flesh it out,” Gratzer said. “I’m not really sure what they’re showing us.”

But Emberley, from the Canadian Pharmacists Association, said the study’s limitations don’t detract from its importance.

Older Canadians are often taking more than five — sometimes up to 10 — different medications per day, he said, and the fact that they’re a demographic at higher risk of depression makes it even more necessary to look at any possible reasons why.

“If we can find out [depression is] due to a medication and we can adjust a person’s medication … we can really save that person a lot of grief and really improve their quality of life,” Emberley said.

But if someone thinks they have symptoms of depression, they should not go off their medication, he emphasized.

“The last thing you want is for a patient with high blood pressure to all of the sudden stop taking their blood pressure medications without telling anyone.”

Instead, Emberley hopes the study prompts Canadian patients to realize that depression as a side-effect is a “possibility” and to “really be on the lookout for changes in their behaviour or changes in their feelings after starting a medication.”

If a patient notices such a change, he said, they should consult with their primary care provider or their pharmacist.
Photo credit: ealthandsymptoms.com
Original article at: http://www.cbc.ca/news/health/second-opinion-depression-as-a-medication-side-effect-1.4710868