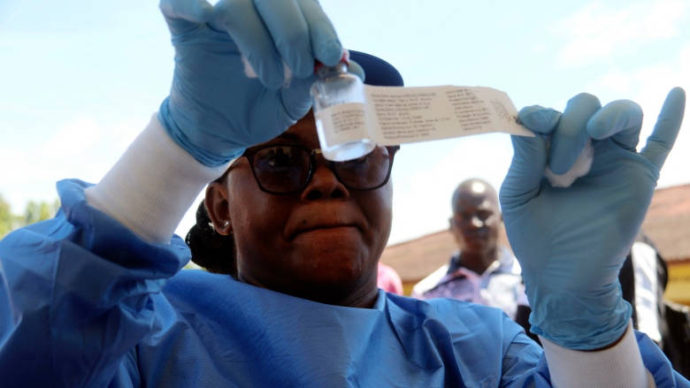 How the new Ebola vaccine was made in Canada

Vaccine use the culmination of years of sometimes frustrating efforts by Canadian government scientists.

A significant Canadian scientific achievement occurred in Congo. This week, the made-in-Canada Ebola vaccine was used for the first time to control an outbreak of the deadly hemorrhagic fever.

It’s the culmination of years of sometimes frustrating efforts by Canadian government scientists.

Ebola first appeared in 1976 near the Ebola River in Zaire, making a terrifying debut by infecting more than 300 people, spreading easily through contact with body fluids, and killing up to 88 per cent of its victims.

For decades, the virus continued to simmer in parts of Africa, causing sporadic outbreaks with alarmingly high death rates.

In 1999, Ebola was a frightening but distant spectre when scientists at Canada’s new National Microbiology Laboratory in Winnipeg began probing the virus, searching for the secret to its virulence, while working under strict high-level containment conditions.

Soon they realized they could develop a vaccine. But at the time, not everyone agreed that was the best use of resources.

“It took several years to convince funding agencies of the value of spending the National Microbiology Laboratory’s limited resources on Ebola vaccine research over other pressing public health issues in Canada,” Dr. Francis Plummer wrote in the CMAJ last year, adding that it took four years to get half of the money they requested.

“There followed the dogged work of building the vaccine program, putting contracts in place and securing sign-off from Ottawa.”

In 2005, the Canadian team published evidence that its vaccine was 100 per cent effective in macaques.

The team’s next goal was to produce enough vaccine for human clinical trials and also have some extra supply available in case it was ever needed in an emergency.

The government of Canada patented the vaccine and produced more than 800 vials, but it would be up to the private sector to move the vaccine into commercial development.

“There was little interest in the vaccine from the pharmaceutical industry,” Plummer wrote in the CMAJ commentary.

Everything changed in 2014 when Ebola began spreading in West Africa, eventually killing more than 11,000 people.

The answer — a small company in Ames, Iowa, called NewLink was holding the licence. Canada had signed it over in 2010 even though the company had not yet taken a drug to market.

As the world grappled to contain the west African outbreak, news reports said the vaccine had “sat on the shelf.”

“It took NewLink more than four years after acquiring its licence simply to register the first clinical trials,” University of Ottawa law Prof. Amir Attaran, wrote in a letter to The Lancet in 2014.

By the end of 2014, Merck, one of the world’s largest pharmaceutical companies, stepped in and signed a licensing agreement with NewLink to develop the vaccine.

But Canada continued to fund clinical trials. Added up, the Ebola vaccine has been a multimillion-dollar Canadian investment.

“The Public Health Agency of Canada and Defence Research and Development Canada were the direct funders of the research and development of the Ebola vaccine,” PHAC spokesperson Eric Morrissette told CBC News in an email.

“The total government funding was $5.3 million over a period of more than 10 years. However, this figure does not include the costs covered under the regular operating budget of the National Microbiology Laboratory.”

Other international public and non-profit agencies have also supported the clinical trials. They include WHO, the Wellcome Trust and several U.S. federal agencies.

This week, all of those years of effort and investment will culminate in the first use of the vaccine, outside of a clinical trial, to stop an outbreak of Ebola.

This first use is happening even though the vaccine has not been officially approved by any country. But once that approval happens, Merck will market the Canadian vaccine.