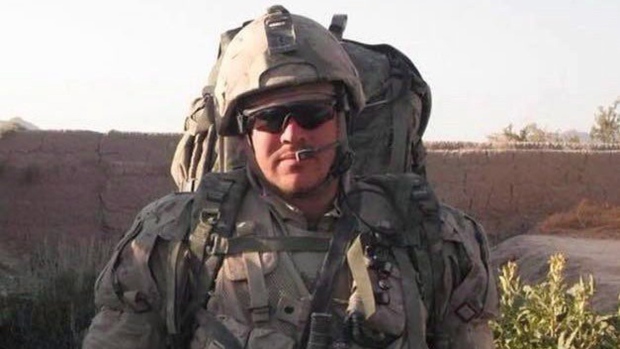 Anti-malarial drug may have sparked violence

The homicidal tendencies of a former Canadian soldier who killed his girlfriend and himself in their new Nova Scotia home last week could be linked to a drug he was required to take before serving in Afghanistan, a close friend says.

Jason Hill, a longtime friend of Marc Poulin’s, said Sunday he was aware Poulin was suffering from post-traumatic stress disorder after completing three tours of duty in the war-torn country.

However, Hill said Poulin had also complained to him about the rage-inducing side-effects of an anti-malarial drug he had taken prior to his initial deployment in 2003.

“I know he mentioned drugs and shots before going that he believed affected him,” Hill said in an interview from his home in Callander, Ont.

Last Friday, the Nova Scotia RCMP confirmed that the deaths of 42-year-old Poulin and 45-year-old Jennifer Lynne Semenec were the result of a murder-suicide.

Both were originally from North Bay, Ont., and had recently moved to rural Springhill, N.S. Their bodies were recovered last Tuesday from a house they had recently purchased and were renovating. Police said the two-storey home had been damaged by a fire they considered suspicious.

Hill stressed that before his friend joined the military in 1999, he was known for his charismatic smile, fearless nature, athletic prowess in hockey and football, and an enduring willingness to help others.

“He was a hero beforehand,” he said, recalling how Poulin routinely helped older neighbours with their groceries and once stepped in to rescue a female neighbour from being beaten.

“I said, ‘Hey, someone needs help,’ and before I was even done talking, he was running to get the guy,” Hill said. “He was always smiling and he held his head high. He had a lot of confidence.”

Shane MacDonald, a cousin and close friend of the former infantryman, said relatives believe Poulin’s PTSD was “the critical factor” behind his behaviour.

“There was a treatment plan in place that did identify PTSD,” MacDonald said in an interview Sunday, citing a 2013 document. “I saw the paperwork on Friday.”

When asked if Poulin’s actions could be the result of something other that PTSD, MacDonald said he and other relatives believe it was the main cause.

“PTSD is a mental illness,” he said. “Whatever comes out on top of that … that is the root.”

The symptoms associated with PTSD, however, may not fully explain the debilitating meltdowns Poulin suffered after he left the military in 2013, something he routinely apologized for on his now-defunct Facebook page, Hill said.

“He was apologizing all the time for his bouts,” said Hill, paraphrasing posts from Poulin that said: “I didn’t mean to yell at my son. I didn’t mean to cower in the middle of the mall and scare people … I’m sorry to the old lady who saw me scream at the mall.”

Some military advocates have been pushing the Canadian military to stop using the anti-malarial drug mefloquine, which some experts have linked to brain damage.

Last June, the Canadian Forces changed its policy so that other anti-malarial drugs are offered first. But critics want it banned from military use.

At the time, the military and Health Canada released separate studies that found there is no conclusive evidence the drug causes long-lasting psychiatric problems.

In recent years, some veterans have come forward to complain that mefloquine use has led to aggression, mood swings, sleep disorders and memory loss.

Poulin’s tragic story has striking similarities to the case of former Canadian infantryman Lionel Desmond, an Afghan War veteran who fatally shot his mother, wife and 10-year-old daughter before turning the gun on himself last year in the family’s rural home in Upper Big Tracadie, N.S.

One of Desmond’s sisters, Cassandra, has said her family has not been able to obtain his military medical records, but they have received anecdotal reports from fellow soldiers that he used mefloquine in Afghanistan. Cassandra Desmond has said she fears mefloquine was somehow connected to what happened to her brother.

Later this year, the Nova Scotia government is expected to convene a fatality inquiry to examine what happened to Lionel Desmond.

Desmond’s friends and relatives have long complained he did not get the help he needed after he was diagnosed with PTSD, and some of Poulin’s friends and family have said much the same thing.

“He (Poulin) complained about it on Facebook and he was telling me the same thing to my face,” Hill said. “Veterans Affairs seemed to be turning their back on him.”

A spokesman for Veterans Affairs Canada has said he can’t comment on what treatment Poulin was receiving.

However, Marc Lescoutre said the department has a well-established national network of around 4,000 mental-health professionals who deliver services to veterans. He also pointed to a network of 11 operational stress injury clinics across the country, as well as a 24-hour toll-free help line and short-term face-to-face mental-health counselling and referral services.