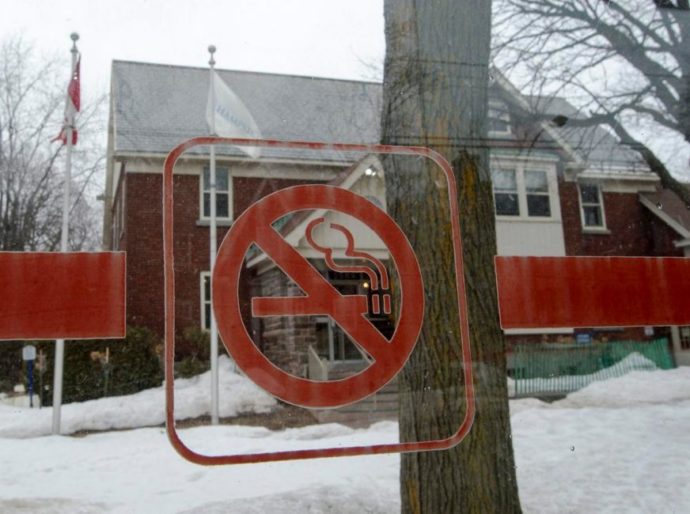 A Montreal suburb has adopted a bylaw that bans all smoking in public places in what is believed to be a first in Canada.

Hampstead city council adopted the legislation Monday night by a vote of five to two.

It prohibits tobacco or marijuana smoking on municipal property, including sidewalks and streets.

It should take effect within a week or so.

The Canadian Cancer Society said earlier this month that Hampstead, Que., would become the first municipality in the country to ban smoking in public if the bylaw were enacted.

The bylaw does not prohibit electronic cigarettes or smoking in cars in the town of 7,000 residents.