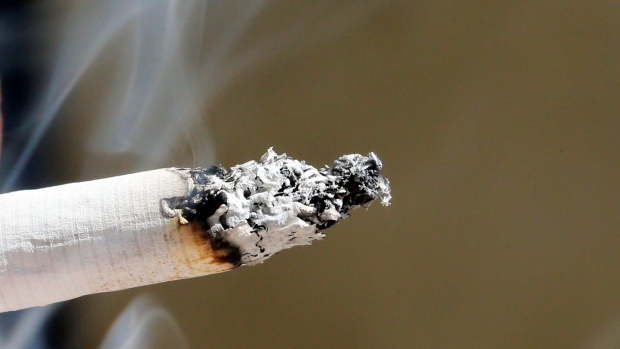 What would a million cigarettes cost?

The federal government is doing a little window-shopping for cigarettes — a million of them.

Health Canada recently issued a tender notice asking suppliers what it would cost to purchase a million very low-nicotine cigarettes as part of its wider tobacco control strategy.

VLN cigarettes, which have less than 0.4 mg of nicotine each, aren’t available in Canada now. The tender notice is meant to find out which companies could make them and at what cost.

It also asks how a million cigarettes could be safely stored, and for how long, without a “deterioration in quality.”

She stressed it’s a “preliminary inquiry and does not necessarily signal intent to carry out the research.”

Rob Cunningham, a senior policy analyst with the Canadian Cancer Society, said the idea of VLN cigarettes has been around for 25 years, but the product hasn’t succeeded commercially anywhere.

“Smokers will not smoke cigarettes without nicotine, and if that was the case, they’d be on the market today,” he said.

Cunningham points to herbal cigarettes that are available for sale now, but aren’t very popular. 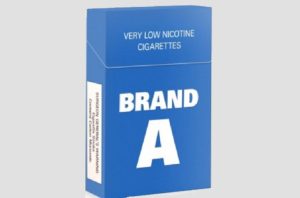 “This idea is similar to allowing the legalization of marijuana but saying marijuana can’t contain THC. That wouldn’t work,” he said. THC is the chemical compound that gives marijuana its effect of making people “high.”

The federal government’s current Tobacco Control Strategy expires next month. That strategy included educating Canadians about the link between tobacco and health conditions such as heart disease and stroke as well as cancer. It also led to the pictorial health warnings on tobacco products.

To create a new one, it held a series of public consultations last year and released a summary document last December.

In that document, Health Canada says it is exploring options to reduce the addictive effect of tobacco products.

“The government indicated that it is examining a wide range of possible options to modernize the federal approach to tobacco control, including the development of regulatory approaches for reducing the addictiveness of tobacco products,” Purdy said.

The Canadian Cancer Society was among the groups that took part in those consultations.

Cunningham said he supports some of the federal government’s efforts, such as moving ahead with plain packaging and banning menthol cigarettes.

But he said that if the federal government really wants to further reduce smoking rates in Canada, it must spend money on the right things — noting that Health Canada’s tobacco control budget is less than a third per capita of the budget in the United States.

“We want a comprehensive strategy that includes cessation programs, prevention programs, community programs, better research and surveillance and enforcement, and all of these things have been cut [by the previous government],” Cunningham said.

“If we’re going to have the impact that we want to, to reduce smoking in Canada, we should be looking for measures that are viable in Canada. And taking nicotine out of cigarettes in Canada is not a viable approach.”
Photo credit: Regis Duvignau/Reuters
Original article at: http://www.cbc.ca/news/politics/what-would-a-million-cigarettes-cost-health-canada-wants-to-know-1.4517203