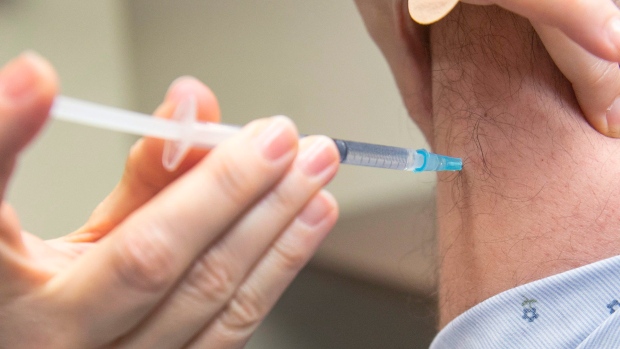 More Canadians are coughing, sniffling and sneezing though what health officials say is a flu season with higher than normal activity.

The flu season began in December and the Public Health Agency of Canada says more than 15,500 cases of laboratory-confirmed influenza had been reported by Jan. 6.

The agency says there have been 54 flu-related deaths, 162 people have been admitted to intensive care units and the number of hospitalizations is “considerably elevated” over the same period in the last two flu seasons.

Kendall says flu season generally begins with influenza A and ends with influenza B, but this year, the strains are being detected in fairly equal numbers early in the season.

He says that could mean younger people, who are more susceptible to catching the B strain, may get sick earlier, but it’s difficult to predict what the rest of the flu season will look like.