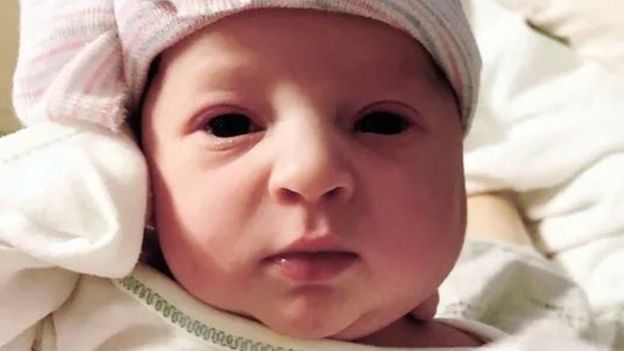 A baby has been born from an embryo frozen for nearly 25 years – possibly the longest gap between conception and birth since IVF began.

The embryo was donated by a family in the US and has become the first child for a woman who would herself have been only one when the baby was conceived.

The donated embryo that would become Emma Wren Gibson, a healthy baby girl, was thawed in March and transferred to mum Tina Gibson’s uterus.

Emma was born in November.

“Do you realise I’m only 25? This embryo and I could have been best friends,” Mrs Gibson, now 26, of eastern Tennessee told CNN.

“I just wanted a baby. I don’t care if it’s a world record or not,” she added.

The faith-based National Embryo Donation Center provided the fertilised embryo, which doctors there refer to as “snow babies” because of how long they are kept frozen.

The organisation encourages couples who do not want additional children to donate unneeded embryos after their families are complete, so that other couples can try to become parents.

Tina and Benjamin Gibson turned to the Knoxville-based organisation after Mr Gibson, who has cystic fibrosis, was found to have fertility issues.

Baby Emma was conceived in October 1992 – a year and half after her mum’s own birth.

The 24-year-old embryo is believed to have been cryopreserved for longer than any other viable human embryo.

“Emma is such a sweet miracle,” Mr Gibson said.

“I think she looks pretty perfect to have been frozen all those years ago.”

Neither parent is biologically related to their new daughter.