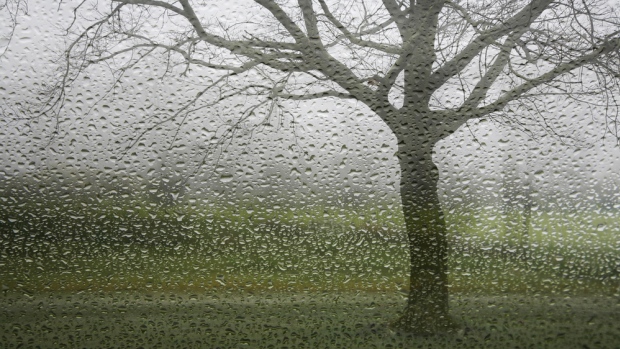 Joint pain? Don’t blame it on the rain

Ever since 400 BC and the days of Hippocrates, humans have been blaming the weather for their aches and pains.

But over the years, studies using patient surveys have failed to confirm an association between aching joints, humidity and changes in barometric pressure.

Still, no one had ever taken a big data approach to the question.

Using big data to ask quirky medical questions is Dr. Anupam Jena’s specialty. He’s a physician-economist at Harvard Medical School who has already made headlines using what he calls a “freakonomics” approach to medical research.

To test the rainy day pain association, he compared two enormous data sets  — more than 10 million doctor visits billed to the U.S. medicare program — and the number of rainy days in hundreds of communities across the country.

“We knew where the doctor visits were and what day they were so we were able to link that to data from more than 3,000 weather stations in the U.S.,” he said.

Then he crunched the numbers to see if there were more doctor billings for joint pain on rainy days.

“No matter how you analyze the data, you don’t see a relationship,” Jena told CBC News. The study was published this week in the BMJ.

But Jena is not dismissing the pain people feel on rainy days.

“Pain is pain,” he said.”If you’re feeling pain on a rainy day, it maybe doesn’t matter if the rain caused the pain.”

“Human beings have a tendency to perceive patterns where patterns don’t exist.”

In other big data analyses Jena has posed a series of provocative questions, such as, what happens to patients who are hospitalized during major cardiology conferences when many heart doctors are out of town attending the meeting? That paper published in JAMA Internal Medicine had a surprising conclusion — fewer patients died.

In another study Jena concluded that if your city is hosting a big marathon, it’s a bad day to have a heart attack. The data showed an increase in mortality rates. It also showed that ambulance transport times get longer.

The takeaway from that is not to cancel all marathons, he said. Instead cities should be aware of the problems created by traffic congestion during big urban events.
Photo credit: KN/Shutterstock
Original article at: http://www.cbc.ca/news/health/