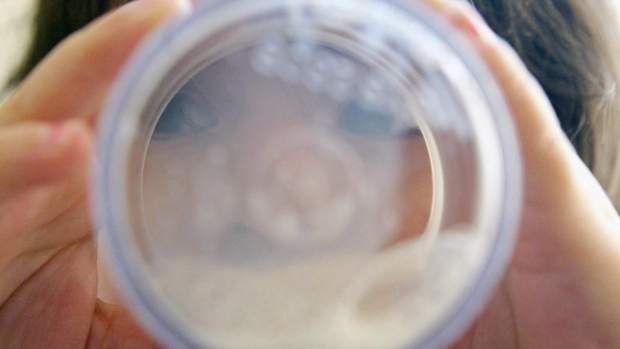 Canada’s dietitians and pediatricians are discouraging parents from relying on plant-based drinks — such as rice, coconut and almond milks — as the main beverage for babies and young kids.

Dr. Catherine Pound of the Canadian Paediatric Society said Wednesday that some plant-based beverages are not fortified with any minerals or vitamins and often contain sugar as the second ingredient after water.

“There’s a bit of a push from the health movement where people think or feel that plant-based nutrition is better than meat-based nutrition, which may be true in adulthood where we are recommending to move away from eating meat very frequently, but the same doesn’t hold true for children who need the protein,” says Pound.

“We see parents that are well-intentioned that are moving to a plant-based beverage for their children thinking they are doing a good thing, while actually they are withholding important nutrients and proteins.”

Kids aged two to eight need 13 to 19 grams of protein per day, which can be met with two cups of cow milk or two cups of fortified soy beverage.

Plant-based beverages, including soy milk, are “inappropriate alternatives to cow milk in the first two years,” said a joint statement issued by Dietitians of Canada and the Canadian Paediatric Society.

The experts say the best foods for growing children are whole, fresh and unprocessed fruits and vegetables, as well as whole grains, dairy and meats.

And while fats are avoided by many adults, they are a valuable nutrient for young children, says Pound.

“Fat is extremely important for a child or a toddler because it certainly contributes to brain growth,” she says.

“We do not want to restrict fat at all for the first couple years of life.”

In the case of allergies or other concerns, Pound says parents should consult a dietitian.

The joint statement also warned that drinking too much of the plant-based beverages can displace hunger and cause children to eat less food.

If possible, infants should be exclusively breast fed for the first six months, and continued for up to two years or longer with appropriate complementary feeding. Otherwise, babies can drink formula or pasteurized human milk from screened donors.