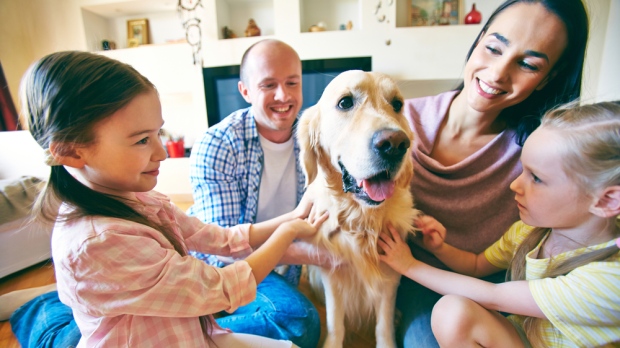 Contact with dogs could protect kids against eczema and asthma

Growing up in a household with dogs may protect children against eczema and asthma, according to two studies presented at the American College of Allergy, Asthma and Immunology (ACAAI) Annual Scientific Meeting in Boston, USA, October 26-30.

The first study, supporting previous scientific research, found that children of mothers who were in daily contact with one or more dogs during pregnancy for at least an hour had a lower risk of eczema by age two. However, the researchers found that this protective effect on the immune system diminishes at age 10.

“Although eczema is commonly found in infants, many people don’t know there is a progression from eczema to food allergies to nasal allergies and asthma,” says allergist Gagandeep Cheema, MD, ACAAI member and lead author. “We wanted to know if there was a protective effect in having a dog that slowed down that progress.”

The second study focused on asthmatic children with dog allergies. The researchers targeted two probable sources of the allergy: the protein, or allergen, and elements, such as bacteria, that a dog might carry.

The results showed contradictory effects on asthma. While urban children with dog allergies saw their asthma symptoms worsen when exposed to the allergen, exposure to the elements that dogs carry could have a protective effect against asthma symptoms.

This protective role against asthma echoes the positive effect of constant contact with the microbes carried by animals in children growing up in traditional Amish communities in the USA — an effect recognized in scientific literature.

To reduce the risk of allergen exposure for children with dog allergies, the ACAAI has the following tips: