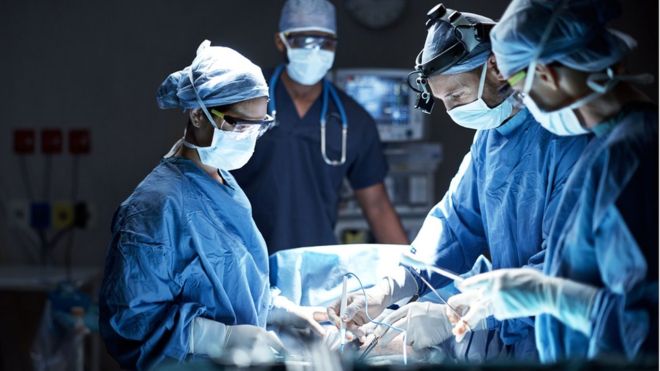 Open heart surgery appears to be safer in the afternoon because of the body’s internal clock, scientists have said.

The body clock – or circadian rhythm – is the reason we want to sleep at night, but it also drives huge changes in the way our bodies work.

The research, published in the Lancet, suggests the heart is stronger and better able to withstand surgery in the afternoon than the morning.

And it says the difference is not down to surgeons being tired in the morning.

Doctors need to stop the heart to perform operations including heart valve replacements. This puts the organ under stress as the flow of oxygen to the heart tissue is reduced.

The doctors and researchers looked for complications including heart attacks, heart failure or death after surgery. They found:

One of those involved in the research, Prof Bart Staels, from the Institut Pasteur de Lille, told the BBC News website: “We don’t want to frighten people from having surgery – it’s life saving.”

He also said it would be impossible for hospitals to conduct surgery only after lunch.

But Prof Staels added: “If we can identify patients at highest risk, they will definitely benefit from being pushed into the afternoon and that would be reasonable.”

Obesity and type 2 diabetes have been shown to increase the risk of complications after surgery.

Heart health is already known to fluctuate over the course of a day.

The risk of a heart attack or stroke is highest first thing in the morning, while the heart and lungs work at their peak in the afternoon.

Dr John O’Neill, from the UK Medical Research Council’s Laboratory of Molecular Biology, said: “Scientifically it is not hugely surprising, because just like every other cell in the body, heart cells have circadian rhythms that orchestrate their activity.

“Our cardiovascular system has the greatest output around mid/late-afternoon, which explains why professional athletes usually record their best performances around this time.”

Other possible explanations for the findings included surgeons being tired in the morning or their own body clock affecting their surgical skill, particularly if they are not “morning people”.

But Prof Staels said the researchers had gone to great lengths to show that the difference in survival rates was not down to the surgeons.

The French team also experimented on cardiac tissue samples from patients and showed they beat more readily in the afternoon.

And an analysis of the DNA in the samples found 287 genes whose activity showed a circadian rhythm – waxing and waning during the day.

They then moved into mice and used experimental drugs to alter the activity of one of those genes and seemed to be able to reduce the risk of death.

Prof Staels said: “We believe we have identified a potential way to circumvent the disturbing observation that operations in the morning lead to more complications.”

However, that will require more research to confirm.

The researchers are also investigating whether circadian rhythms have an impact on survival in other types of surgery.

Dr Mike Knapton, from the British Heart Foundation, said: “Thousands of people now have open heart surgery in the UK. If this finding can be replicated in other hospitals this could be helpful to surgeons planning their operating list, for non-urgent heart surgery.
http://www.bbc.com/news/health-41763958