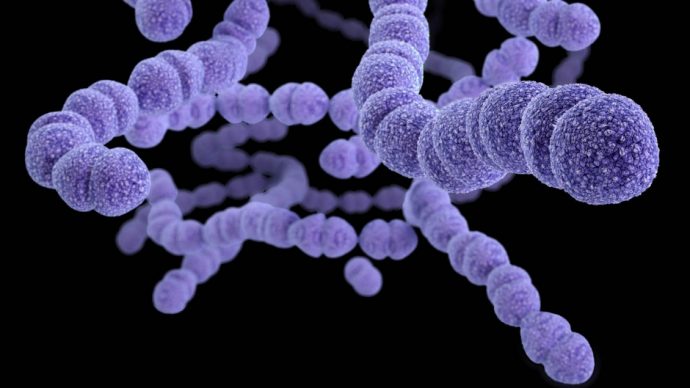 Why pneumonia is so serious
Pneumonia is a serious health-care problem in Canada, the U.S. and globally, especially for young children and the elderly.

In 2015, the World Health Organization estimated the lung infection killed nearly a million preschoolers worldwide. The illness is most common in South Asia and sub-Saharan Africa.

Pneumonia can also be devastating in the elderly.

Now U.S. scientists have their sights set on eliminating deaths from pneumonia.

Scientific chess match
In a study published this week, Blaine Pfeifer, a professor of chemical and biological engineering at University at Buffalo and his co-authors, describe their success.

The experimental vaccine broadens that to 72 forms, with much greater potency in tests on mice and rabbit models.

What’s more, the strategy aims to keep a move ahead of bacteria as they evolve resistance.

“The reality is the microorganisms, the infectious diseases we’re dealing with, they are in a position to make alterations and changes that have to force us to make those same changes. It’s a chess match. It’s got to be a scientific chess match,” Pfeifer said.

“What we’re trying to anticipate is a vaccine that is not going to have limitations when it comes to protection in the future.”

Next steps
Pfeifer’s team is pleased with how well the prototype vaccine works compared with those currently on the market.

Doctors and independent vaccine experts are also excited about the potential. But they caution that researchers still need to conduct key safety tests before trying it in humans to protect public health.
Photo: A computer-generated image of a cluster of sphere-shaped drug-resistant Streptococcus pneumoniae bacteria. Scientists strive to stay a step ahead through a new approach to vaccination that covers many more strains of the bacteria. (James Archer/CDC)
Original article at: http://www.cbc.ca/radio/quirks/quirks-oct-28-1.4373699/scientists-aim-to-eradicate-pneumonia-with-better-vaccine-1.4373731