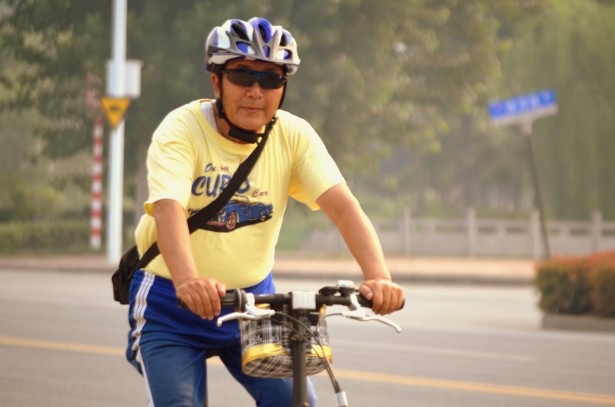 Men who are physically active in mid-life are more likely to continue the habit into older age as well, finds a long term tracking study published in the online journal BMJ Open.

Playing sport is the physical activity most likely to stand the test of time, the findings show, prompting the researchers to suggest that encouraging early and sustained participation in sports might help people to stay active in old age.

The health benefits of being physically active throughout the life course are well known, but the transition from mid-life to old age often coincides with major life events, such as retirement, when both the amount and frequency of exercise are likely to change, say the researchers.

To find out what types of physical activity endure through middle age to later life, the researchers tracked the behaviour of nearly 3,500 men for up to 20 years, all of whom were taking part in the British Regional Heart Study.

Each participant filled in a detailed questionnaire on their medical history and lifestyle, which included questions on the amount and type of physical activity they engaged in: walking; recreational activities, such as recreational walking, home improvements (DIY), gardening and chores; and sports/formal exercise.

The responses were scored according to the intensity and frequency of the activity, and the figures combined to give a total activity score. Men who played sports also disclosed how long they had been doing it for.

Complete data were available for 3,413 men who were still alive at the 20 year time point.

Throughout the 20-year study the proportion of men classified as active remained at around two thirds at each check up. However, this masked the changes in the types of activity the men did over time.

Sport was the most stable activity, with just under half of men reporting playing sport at least occasionally at each check up.

The proportion of men who reported high levels of walking rose from just under 27% at the start of the study to 62% at the 20 year check up, possibly because retirement might free up more time, say the researchers.

But there were sharp falls in the proportion who engaged in recreational activities, with over half the men (56%) reporting high levels at the start of the study, but only 40% doing so at the 20 year check up.

This could be because ill health may curtail more strenuous activities in older age, suggest the researchers.

The other key finding was that men who were active in midlife were nearly three times as likely to be physically active 20 years later, after taking account of potentially influential factors.

Interestingly, sport participation in midlife predicted physical activity in old age more strongly than other types of physical activity. The odds were even greater for those who had played sports for 25 years or more: these men were nearly 5 times as likely to be physically active into older age compared with men who didn’t play sports.

The authors of this research, from University College London, suggest there may be a number of reasons for this. “One possibility is that people’s enjoyment of sport may be more likely to persist into old age than preferences for other types of activity,” they write.

Daniel Aggio, lead author of this study, said: “Early engagement in sport and structured exercise may be vital for developing the necessary motor skills needed to establish a lifelong habit for physical activity. However, it may also be important to provide opportunities to take up other forms of activity, such as walking, during the transition to old age.”
Original article at: https://medicalxpress.com/news/2017-09-physically-mid-lifers-age.html
Photo credit: Peter Griffin/Public Domain