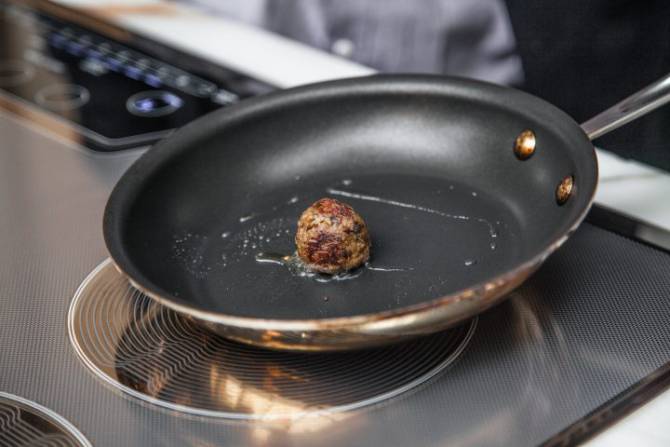 Richard Branson is the latest billionaire businessman to throw his support behind Memphis Meats — a Silicon Valley startup that wants to grow “clean meat.”

No, that doesn’t mean organic meat. It means meat that’s grown directly from animals cells, but without the costs or hassle of dealing with actual livestock. It’s an idea other big names such as Bill Gates and Jack Welch have also invested in. The company has raised $22 million so far.

In a statement Wednesday, the company announced its “groundbreaking” lineup of investors. It noted that it has already produced beef, chicken and duck meat without raising or slaughtering animals.

“We’re going to bring meat to the plate in a more sustainable, affordable and delicious way,” the company’s CEO, Uma Valeti, said in the statement.

Valeti explained that “the world loves meat,” but the conventional way of producing it is weighing heavily on the environment, animal welfare and human health.

“We expect our products to be better for the environment (requiring up to 90 per cent fewer greenhouse gas emissions, land and water than conventionally produced meat), the animals and public health,” the company’s website reads. “And most importantly, they’re delicious.”

The company claims it created the world’s first “clean meatball” in February 2016, and earlier this spring was able to produce poultry.

In an email to Bloomberg News, Branson said he was “thrilled” to invest in Memphis Meats.

“I believe that in 30 years or so we will no longer need to kill any animals and that all meat will either be clean or plant-based, taste the same and also be much healthier for everyone,” he told the news outlet.
The team at Memphis Meats aren’t the only ones growing meat in a lab. In August 2013, Dutch scientists revealed a burger they had grown. According to The Washington Post, those who tasted the meat said it was very similar to the traditional product.

But lab meat is still quite expensive. It cost Memphis Meats $18,000 per pound to produce its first meatball, The Post notes.

It adds that are several health and environmental aspects to consider, and it will likely be years before the meat is available in grocery