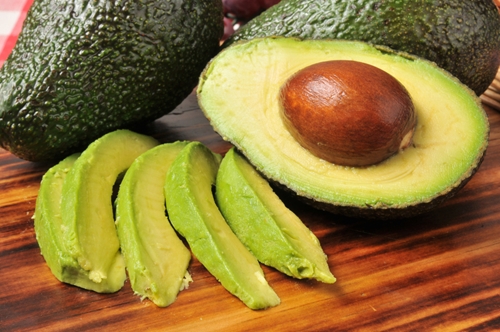 Despite advice to the contrary, millennials are still flouting financial conservatism and ordering up avocado toast like there’s no tomorrow. But as it turns out, the smashed up flesh of the fruit isn’t the best part of the superfood.

A recent study conducted at the University of Texas Rio Grande Valleyfound that avocado seed husks, which surround the pit and are usually discarded, are chock full of chemical compounds that could be used to treat diseases like cancer and atherosclerosis. They could also be used in the manufacture of cosmetics, perfumes and other consumer goods.

“This is why we call avocado seed husks the ‘waste of waste,’” Debasish Bandyopadhyay, a chemistry lecturer at the University of Texas Rio Grande Valley and lead author of the study, said to Global News. “The seed is a household waste that’s thrown away when you eat the avocado, and the husk is industrial waste that’s thrown away in the production of oil.”

Bandyopadhyay was inspired to examine the use of avocado seeds after reading reports of the world’s annual food waste, which the FAO estimates to add up to roughly 1.3 billion tonnes. Knowing that there was an annual worldwide production of five million tonnes of avocados — 1.9 million pounds of which are consumed in the U.S. — and that their seeds contributed to industrial waste, he thought to collect the husks from the seeds to see how to put them to good use.

“I thought maybe we could [effect] change by getting something useful from this waste,” he says.

He presented his findings at the annual expo of the American Chemical Society on Aug. 21.

For the study, Bandyopadhyay and his researchers ground up 300 dried avocado seed husks into 21 ounces of powder. After undergoing additional processing, they were able to extract three teaspoons of seed husk oil and more than an ounce of seed husk wax from the powder. Of the more than 100 compounds found in the oil and the 16 in the wax, many are not present in the seed itself.

“We found 116 compounds in the oil, including behenyl alcohol, which is used in anti-viral drugs, and dodecanoic acid, which increases HDL [the good cholesterol] in the body and decreases the risk of stroke,” he says.

The wax was also found to be full of benefits. Bandyopadhyay says 58 per cent of the compounds in the wax are “very good” plasticizers, which are used in industrial products like shower curtains and medical devices; while the compound heptacosane could be an effective anti-tumour treatment for lung, breast and colorectal cancer.

They also isolated bis(2-butoxyethyl) phthalate, a preservative used in cosmetics, and BHT, which is an effective food preservative and is high in antioxidants.

Bandyopadhyay’s hope is that in using what was once considered waste, medical and industrial manufacturers could help to decrease the amount of garbage created worldwide. However, this is not the type of thing that can be consumed at home.

“There are a lot of different compounds in the husks and you have to be able to separate them,” he says. “Otherwise, you’d be consuming the plasticizers, and they would be toxic.”

In other words, continue smashing up your avocado on artisanal multi grain, but leave the husks to the pros.