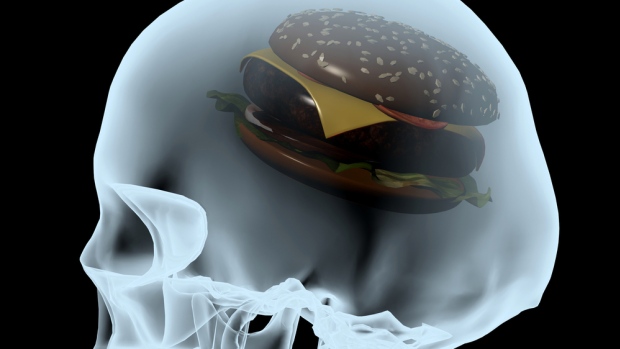 Another look at obesity: It’s not simply about eating too much

What causes obesity? That question is proving extremely difficult. But there is emerging agreement that it’s much more complex than simply overeating.

The Endocrine Society has released a scientific statement defining obesity as “a disorder of the energy homeostasis system,” which means the mechanism that regulates energy intake and energy output is out of whack.

But there is still no scientific consensus about either the cause or the cure. Dr. Michael Schwartz told CBC’s health unit that’s why he agreed to write the Endocrine Society’s new scientific statement.

“There have been lots of people making their pitch about their particular idea about what causes obesity,” he said. “Some people say it’s too much couch potato time. Or some might say it’s because you’re eating too much carbs. Someone might say it’s genetics. But there hasn’t been any previous document that sought to put pretty much everything we know in a larger context.”

Two things happen, according to the new scientific statement. First, there is a long period of energy imbalance, where the body is taking in more caloric energy than it burns.

Then the body somehow cranks up its weight set point to a higher level and then fights to keep the weight at that new level.

“The problem with obesity is not that there is no regulation of body fat, but that the regulation is occurring at an elevated level,” said Schwartz. “That’s what we mean by a disorder of energy homeostasis.”

And that mysterious mechanism is responsible for the biggest challenge in obesity treatment. Any lost weight almost always comes back within five years.

“By and large, other than bariatric surgery, there is no medical therapy of obesity that is proven to result in sustained weight loss greater than seven per cent,” said Schwartz.

There is a key role for lifestyle, diet, and other genetic and environmental factors in preventing obesity, he said. But once a person becomes obese, the body stubbornly refuses to return to normal.

“By defining the problem for what it is, the resetting of the body weight at an elevated level, that creates a framework in which you can say, ‘What could possibly cause that?’ from a biological perspective.”

And if scientists can figure out why that happens they might be able to develop ways to manipulate the body’s energy homeostasis system and treat obesity more effectively.

It’s an urgent problem, with the forecast that about one-fifth of the world’s population will be obese in less than 10 years.

In Canada, a Senate report on obesity last year said nearly two-thirds of Canadian adults and one-third of Canadian children are already obese or overweight.

There’s something else obesity researchers know but rarely talk about, and that’s the urgent need for better research methods.

“It’s brutal,” said Dr. Yoni Freedhoff, a clinician who treats patients with obesity. He says most studies rely on self-reported questionnaires where people write down what they ate over a short period.

“They’ll take three days of a food diary and extrapolate that to a decade’s worth of dietary patterns of consumption.”

Add to that the weakness inherent in asking people to confess everything they’ve eaten.

“Adolescents with obesity are underestimating by as much as 50 per cent in one of the studies that I looked at, which makes the use of those questionnaires suspect and makes the conclusions drawn by papers that utilize those very questionable.”

David Allison, an obesity researcher at the University of Alabama at Birmingham, points to evidence that shows those observations fail to hold up under scrutiny.

“Our experience is that in the area of nutrition, more often than not when observational epidemiology studies have shown an association between some nutrient intake and some outcome, randomized controlled trials have failed to confirm that association.”

So researchers need better tools. How big is the problem?

“It is huge,” said Allison. “Nutrition is one of the most fiercely debated areas of research. There’s a lot of confusion. We definitely need better data.”

A range of research tools

Right now the only way to generate reliable data is to keep people isolated, control everything they put into their mouths and then weigh them to see what happens.

A small study in June evaluated the accuracy of that method by comparing it to the gold standard, an expensive and time-consuming method called doubly labelled water, where subjects drink water containing tracer isotopes that can be measured in urine tests.The researchers concluded that both methods came up with the same answers about energy use.

“I think it’s valuable,” said Allison, adding that the study offers researchers another way to reliably measure the effects of different diet composition on energy expenditure over a short period.

“We’re not there yet,” said Freedhoff. “But we definitely need something better if we’re going to be authoritative with the results of these studies.”