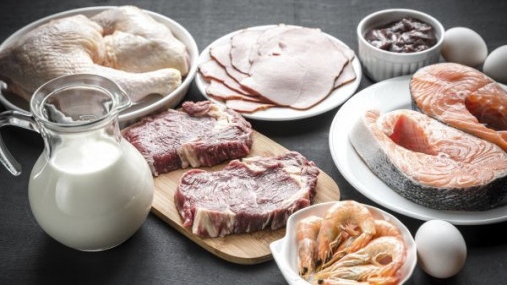 New research from Canada suggests that over-60s should eat protein at all three daily meals to help stave off age-related muscle decline, which can contribute to loss of independence and falls.

Researchers at McGill University in Canada studied the effects of protein consumption on muscle strength in seniors.

Older adults tend to get most of their protein from just one of their daily meals — dinner — whereas to help preserve their physical strength, protein consumption should be spread out throughout the day, the researchers conclude.

For the study, published in the American Journal of Clinical Nutrition, the scientists tracked more than 1,700 healthy adults aged between 67 and 84 for three years. Participants underwent yearly hand, arm and leg strength testing, as well as mobility tests.

Over the three years, the researchers found that overall physical performance worsened in both men and women, with muscle strength fading more significantly than mobility.

However, participants who consumed protein more evenly throughout the day appeared to retain greater muscle strength — although not greater mobility — than those who consumed most of their protein late in the day.

Current recommendations to ensure sufficient protein intake are 1.2g of protein per kilogram of weight for adults of all ages. For example, a man weighing 75kg should eat 90g of protein per day.

For older individuals, this may need to be increased by between 50 per cent and 90 per cent, depending on individuals’ lifestyles.

In general, one portion of protein is equivalent to 30g of meat, chicken or fish, one egg, one tablespoon of peanut butter, one-quarter cup of cooked beans or one-half ounce of nuts or seeds, according to the U.S. Department of Agriculture, which recommends that over-50s eat five to seven portions of protein per day, or 150g to 200g.