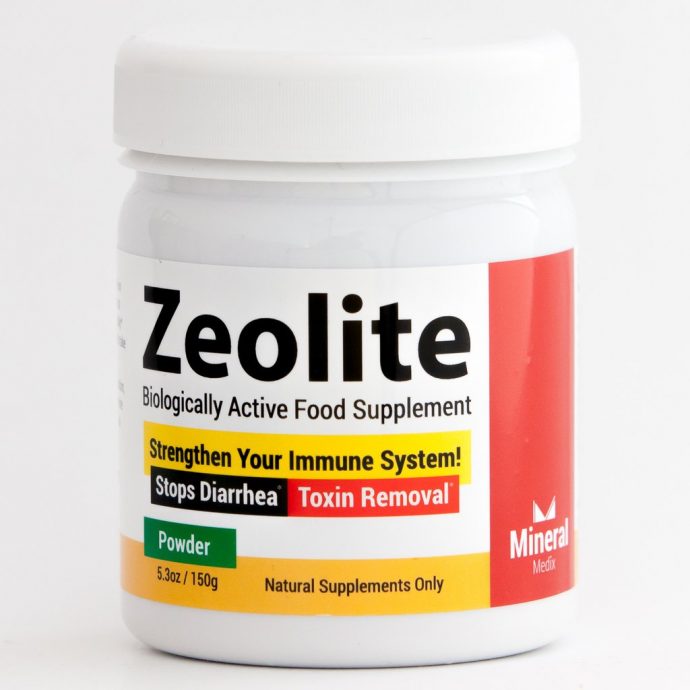 Zeolites is a generic name for the aluminum silicates of alkali and earth-alkali metals. In general, the group of natural zeolites includes 45 minerals with 25 various structure types, some of them possessing extremely precious for the human world properties. Today we would like you to get acquainted with one of the unique types of zeolite, the mineral of Siberian origin.

‘Boiling stone’is a literal translation of Zeolite from Greek and it describes the history of this mineral in the most precise way. During the historic era of dinosaurs, more than 150 millions years ago, in places where the volcanos have been located in the close proximity to the water, there have been formed ideal preconditions for the formation of Zeolites on Earth.

Crystal structure of zeolite is a frame of anionites of silicium and aluminum, which is containing the widest range of macro and microelements, needed by the human body.

Zeolite has unique stability; its structure is surprisingly resistant to heat as well as ferments. After the elimination of the natural water its free intracrystalline space increases up to 50% of the total volume, making this mineral one of the most origin is an ideal sorbent due to its unique and extremely precious catalytic properties.

Due to precisely calibrated exit pores (from 3 to 6 Angstrom units) zeolite of the Siberian origin is capable of selective absorption of unique selectivity. Toxins, low of the human body, and necessary and useful proteins, vitamins, ferments and other important substances, whose molecular structure is larger, will remain untouched.

One more peculiarity of zeolite, extracted in Siberia, is the presence of practically full amount of necessary for the human body macro and microelements in the biologi- cally accessible for humans cation form. In the context of ionic exchange we might observe the process, during which necessary mineral elements are carried into the human body from zeolite, and toxic and carcinogen low molecular compounds
sorbent.

At present we are aware of around 1,000 places of zeolite origin around the world. The quality of the natural mineral may vary substantially. Many zeolites have crystal structure which is capable of damaging the mucus of the digestive tract. Some of the deposits are next to the deposits of Uranium or bauxites and may carry particles of those dangerous compounds on their internal surface.

There are also minerals with weak absorption activity. For example, in USA, New Jersey, as well as in the suburbs of Golden, Colorado, Zeolites are widespread in the locations of young volcanic activity with low activity of breaking the microcrystal surface. As a result, the minerals are not of tetrahedron shape, thus, their absorption Cleanoptilolites are ideal forms of Zeolite, when comnbining the bio-gene properties
(absorption, ionic exchange, catalysis). The form of plasters with leveled angles is the most acceptable for ingestion, because it does not traumatize the mucus, and the dimension of parts totally excludes the absorption by the circulatory and lymphatic systems as well as probable negative pharma kinetic consequences for our body.

It is this type of high-quality klinoptilolite that is being extracted at the Holin origin in Siberia. The main rock-forming mineral of the natural Zeolite of Holin origin is high-content-silicium Zeolites of exclusive klinoptilolites’ family. The origin is located in almost ideal ecological environment and is fully isolated from all sources of pollution and radiation. It makes this deposit a unique resource of precious mineral.
mechanical and thermic activation, patented by the producer, the Nov Company Ltd., ensures total exclusion from any contact with chemically active substances. Mechanical and thermic activation process is needed in order to eliminate the so-called ‘zeolite’ water and mineral impurities in order to obtain the product with exclusive absorption and ion exchange properties.

Nov Co. Ltd., represented in North America by the Mineral Medix Corp., produces a series of patented (Patent#: US 6287576 B1) zeolite-based products. All of them are selective entero and donor sorbents with extremely pronounced ion exchange properties. But apart from their basic properties, each one of those products has its unique peculiarities due to the addition of various natural components, enhancing some of their properties, depending on the intended use of the product.

In addition, all the above-listed zeolite-containing entero and donor sorbents are capable to address the problems of body intoxication in a holistic way, using their own resources as well as mobilizing the resources of the human body by accurate but at the same time moderate and gentle stimulation.
For any further information and more detailed description of the zeolite-based products please refer to the company website at www.mineralmedix.org

This article was originally published in Vitality Magazine.